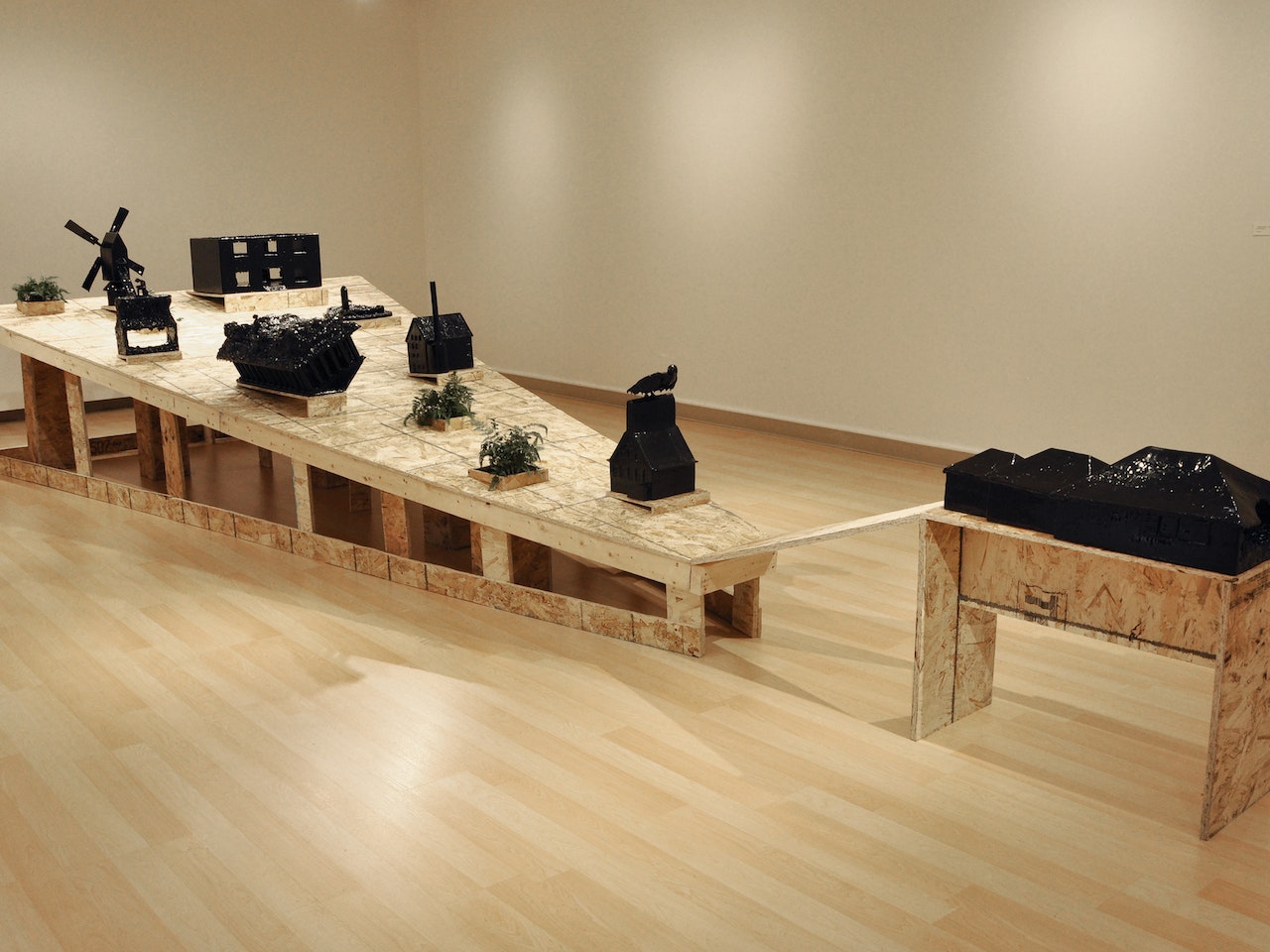 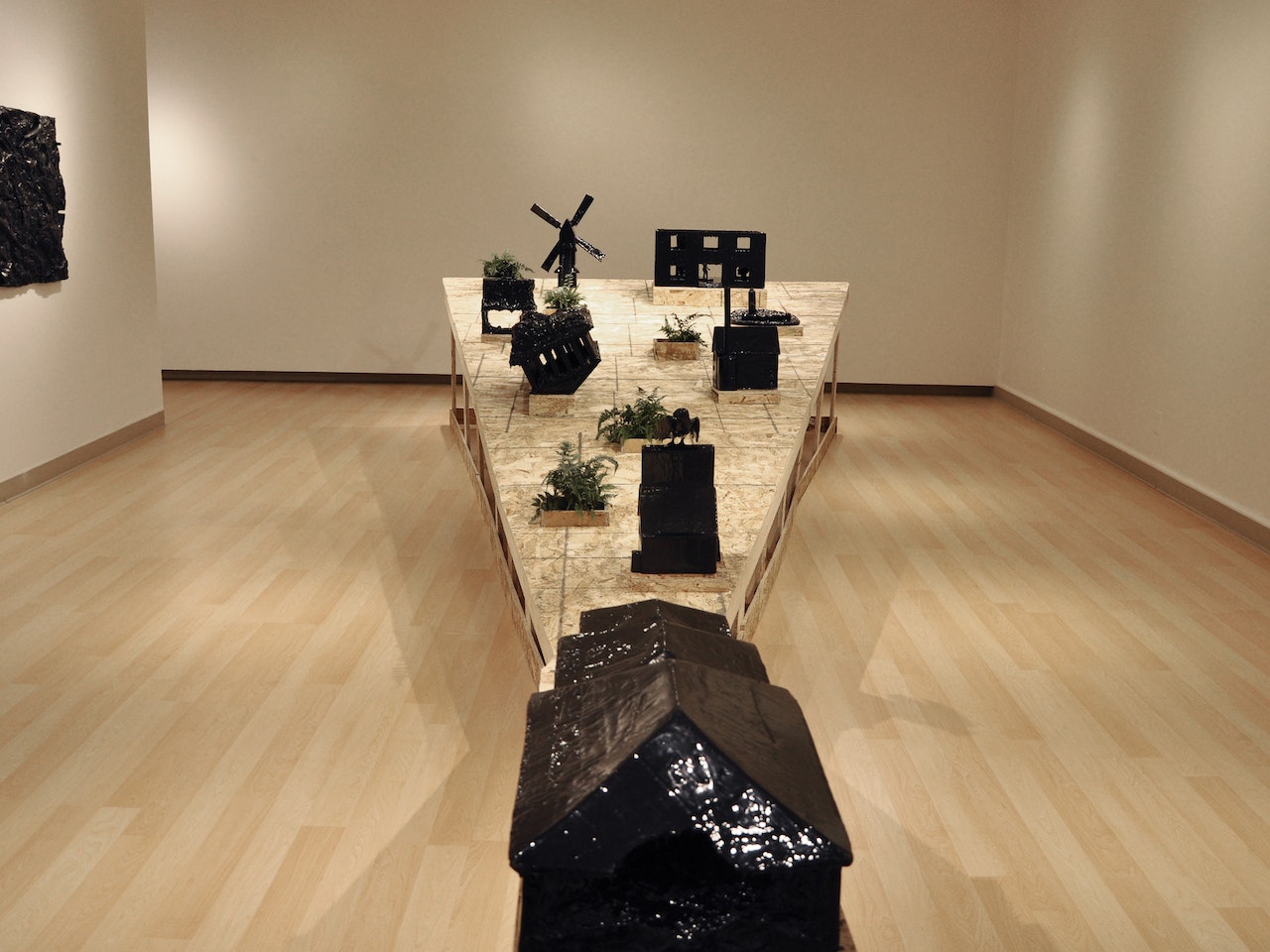 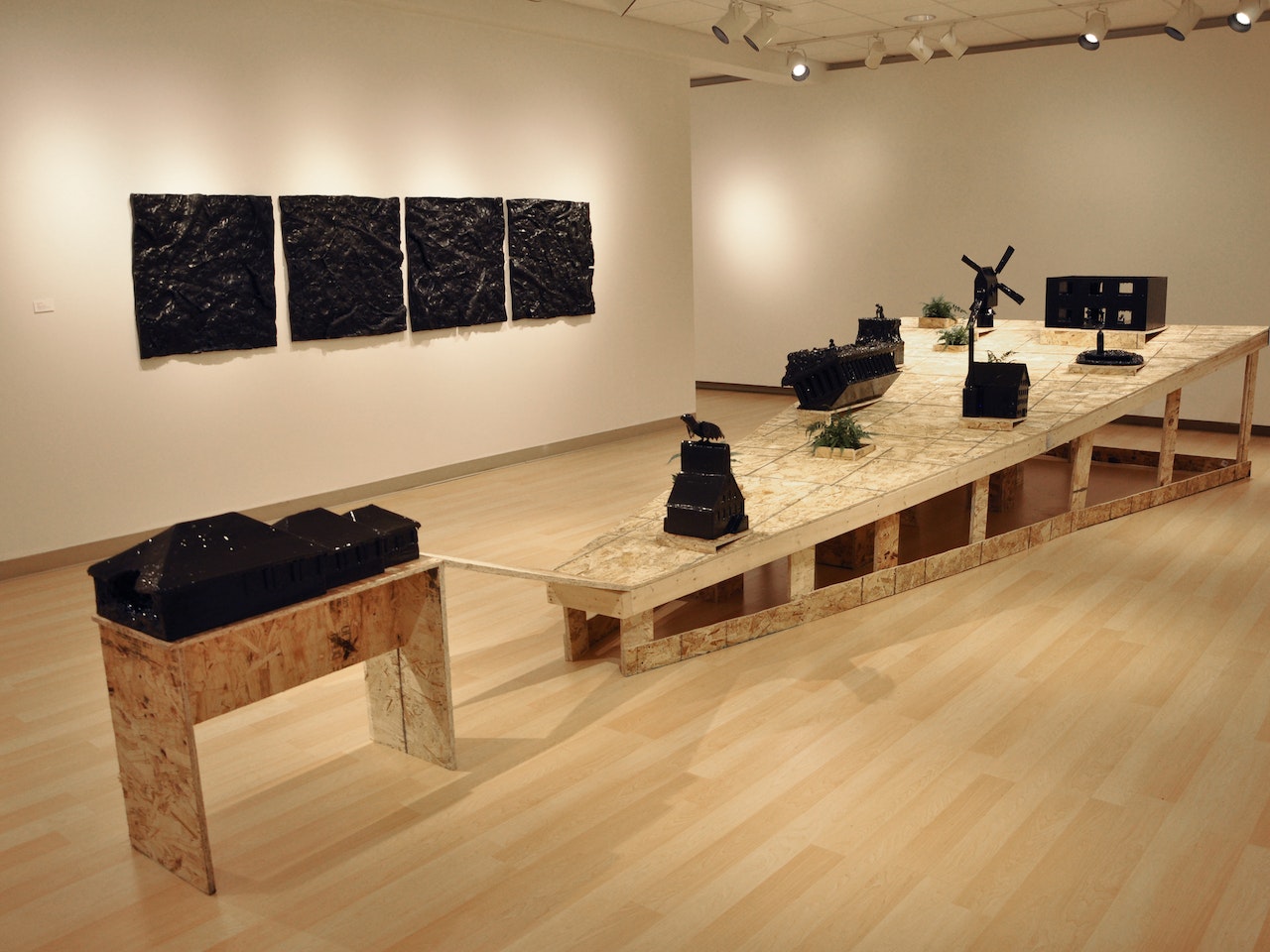 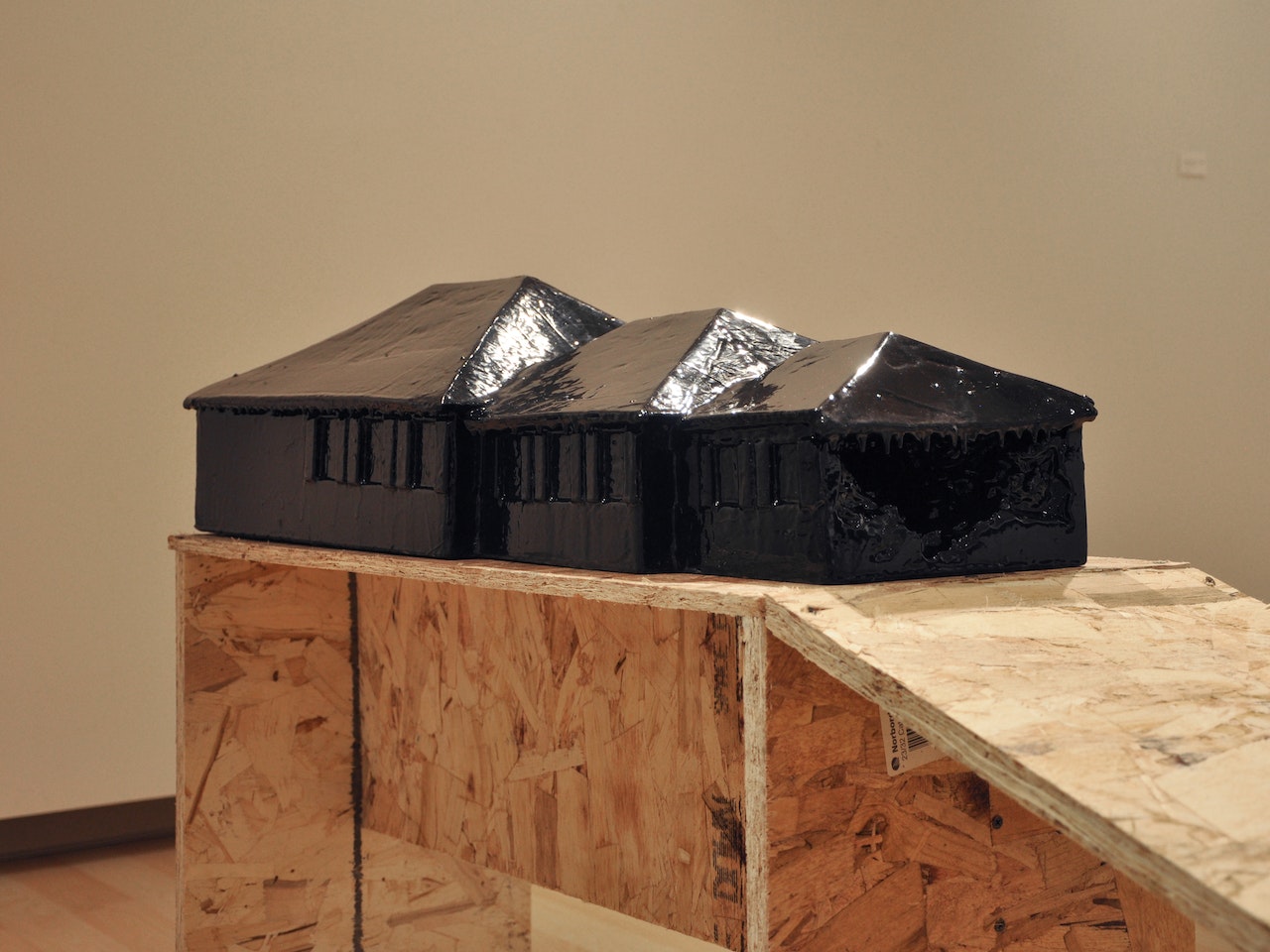 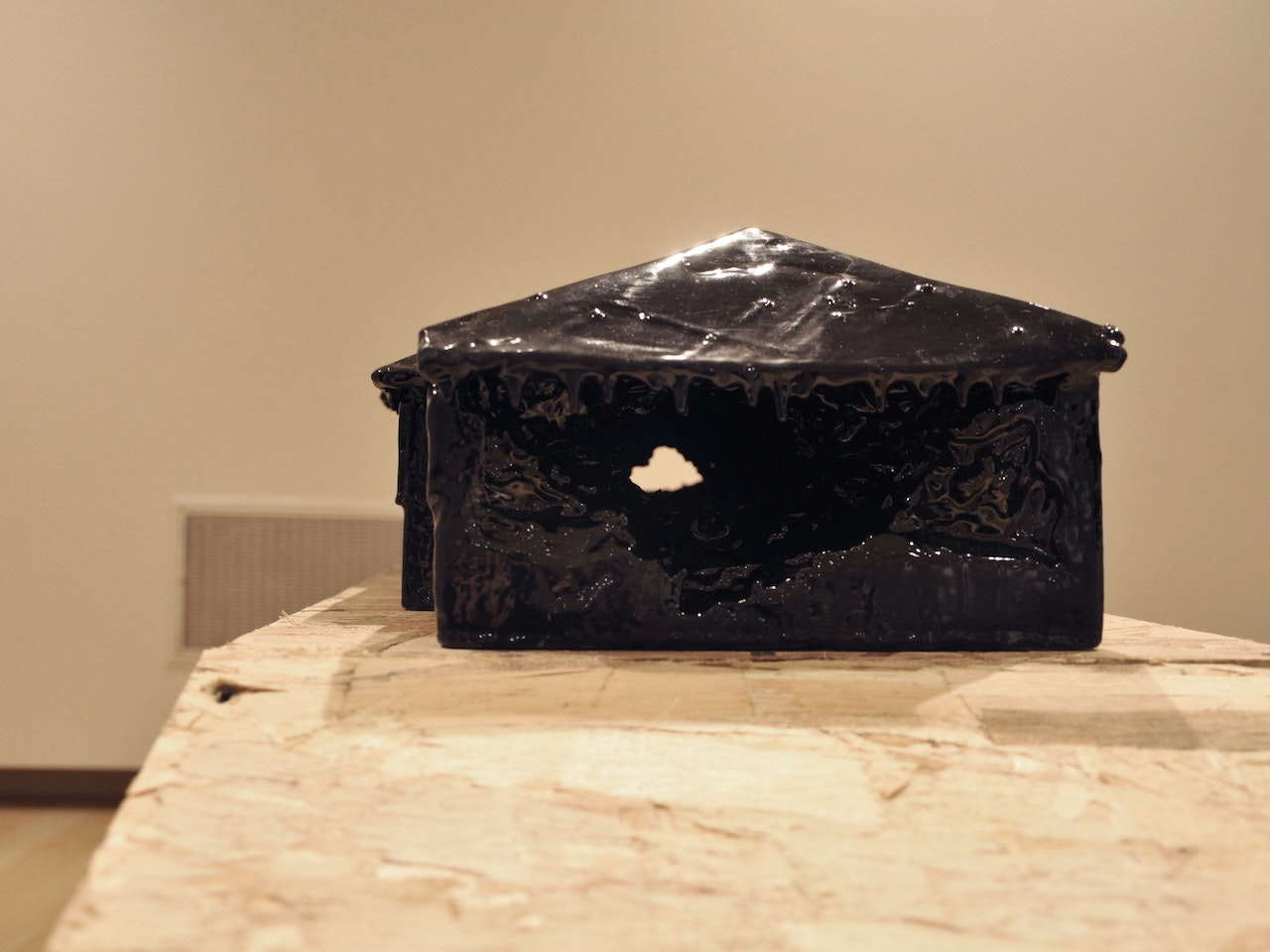 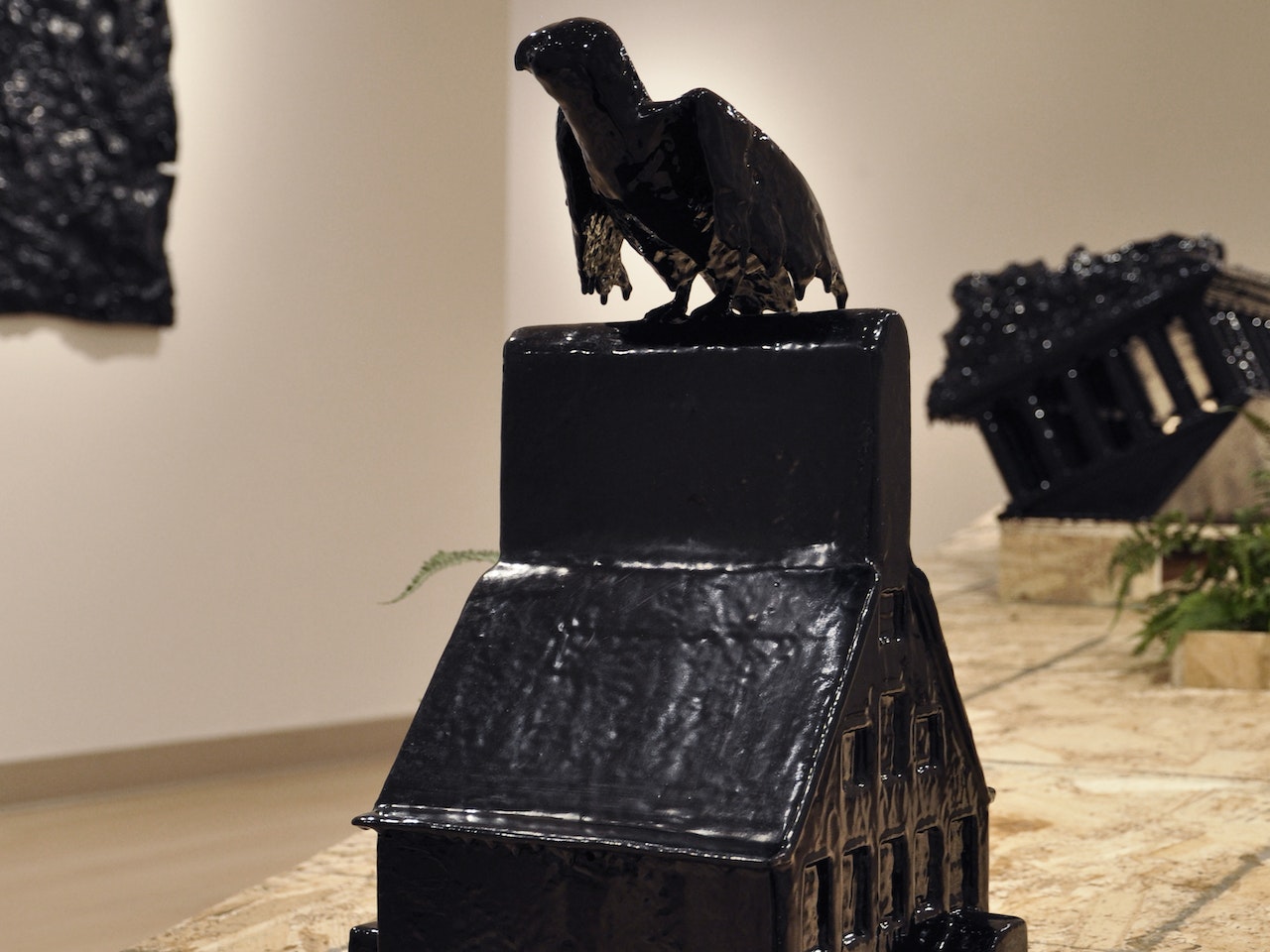 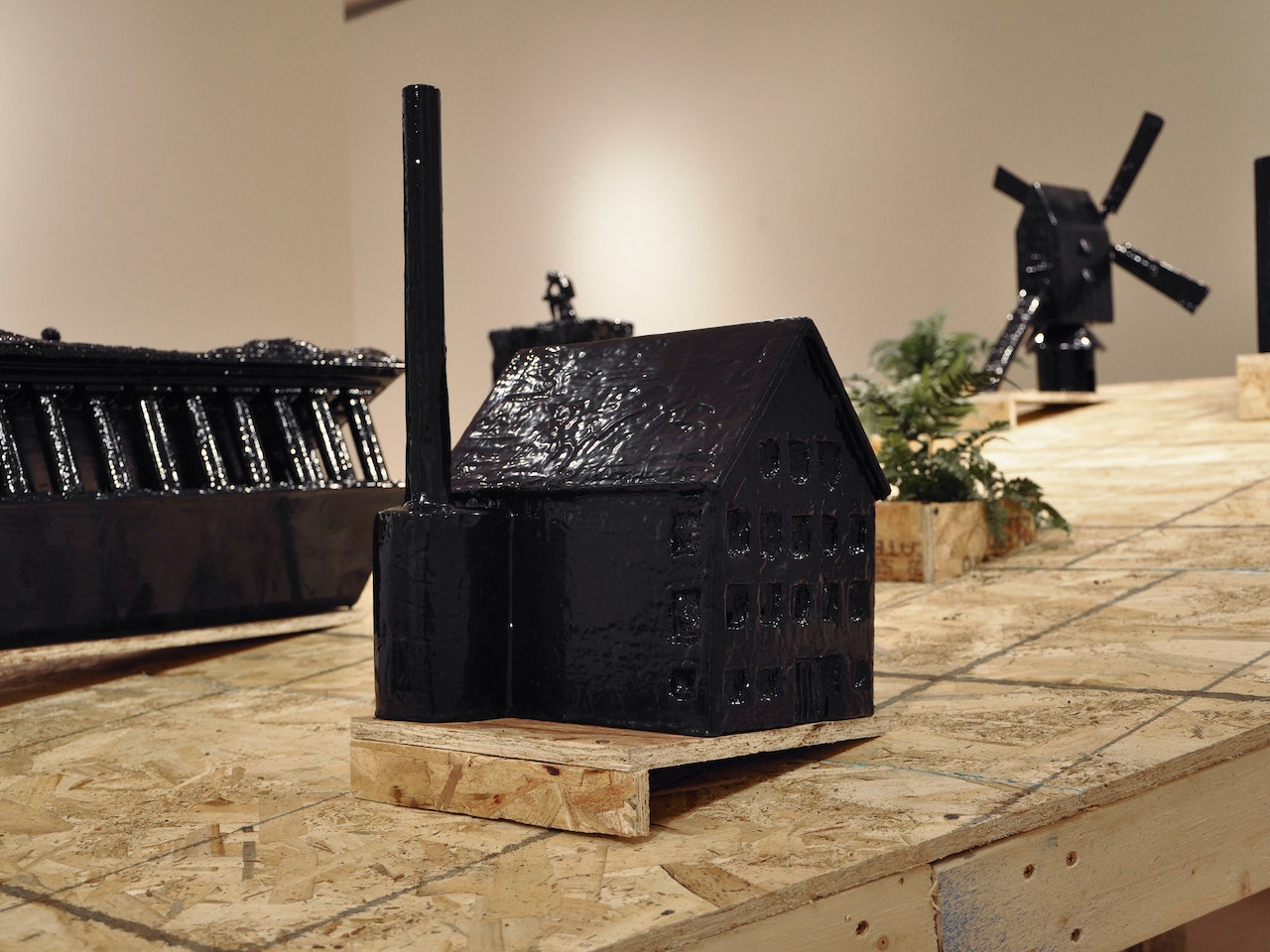 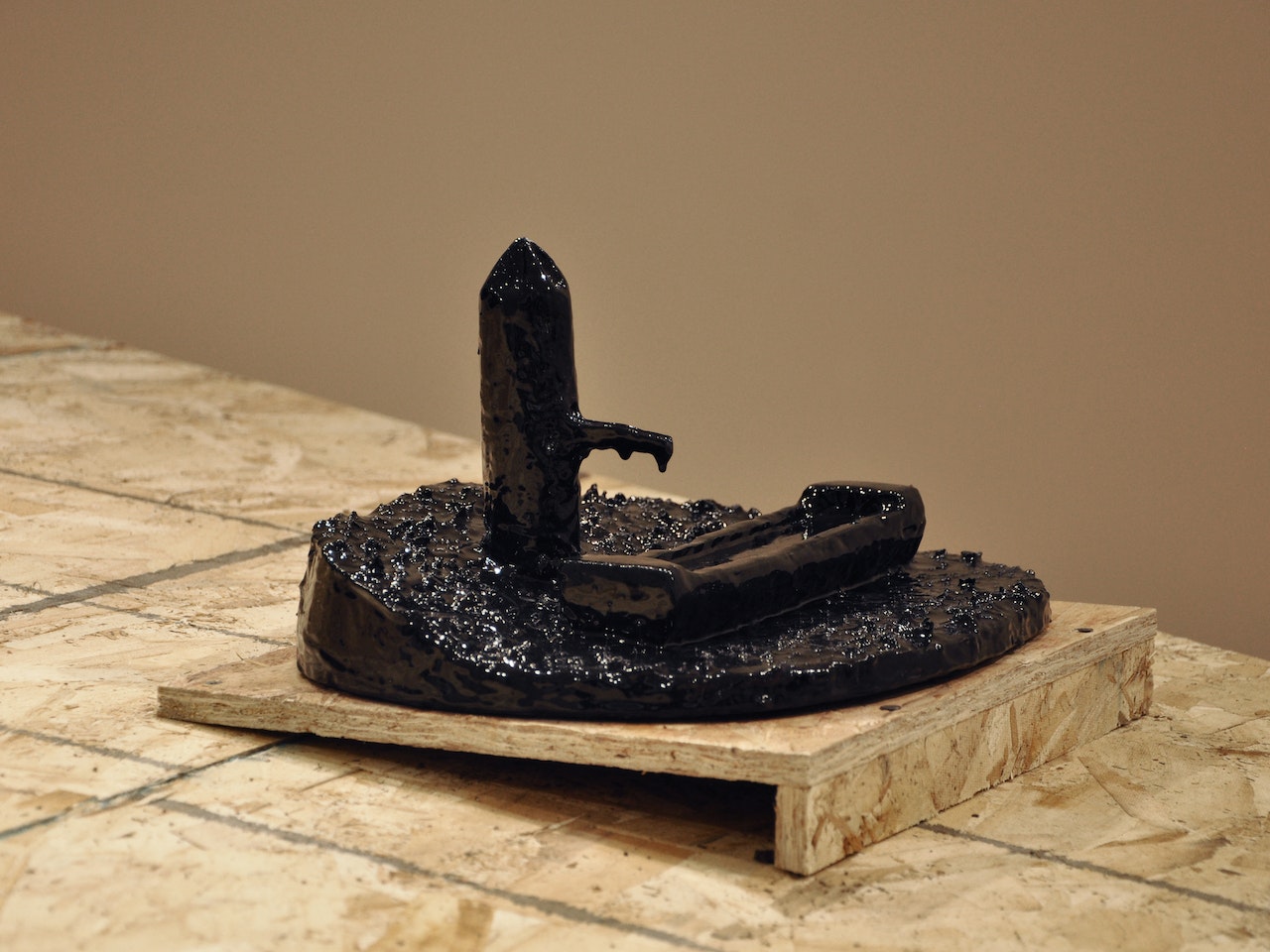 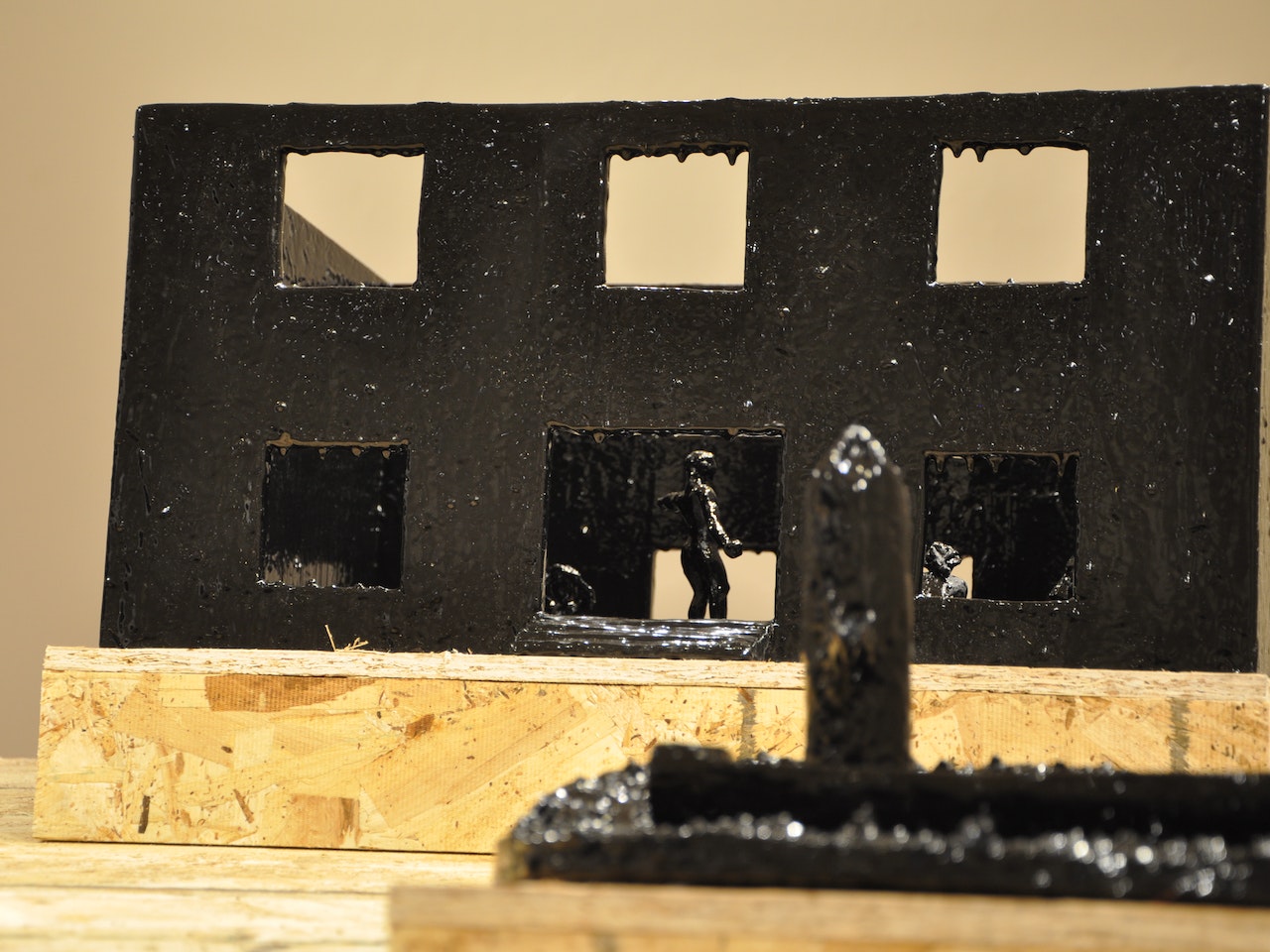 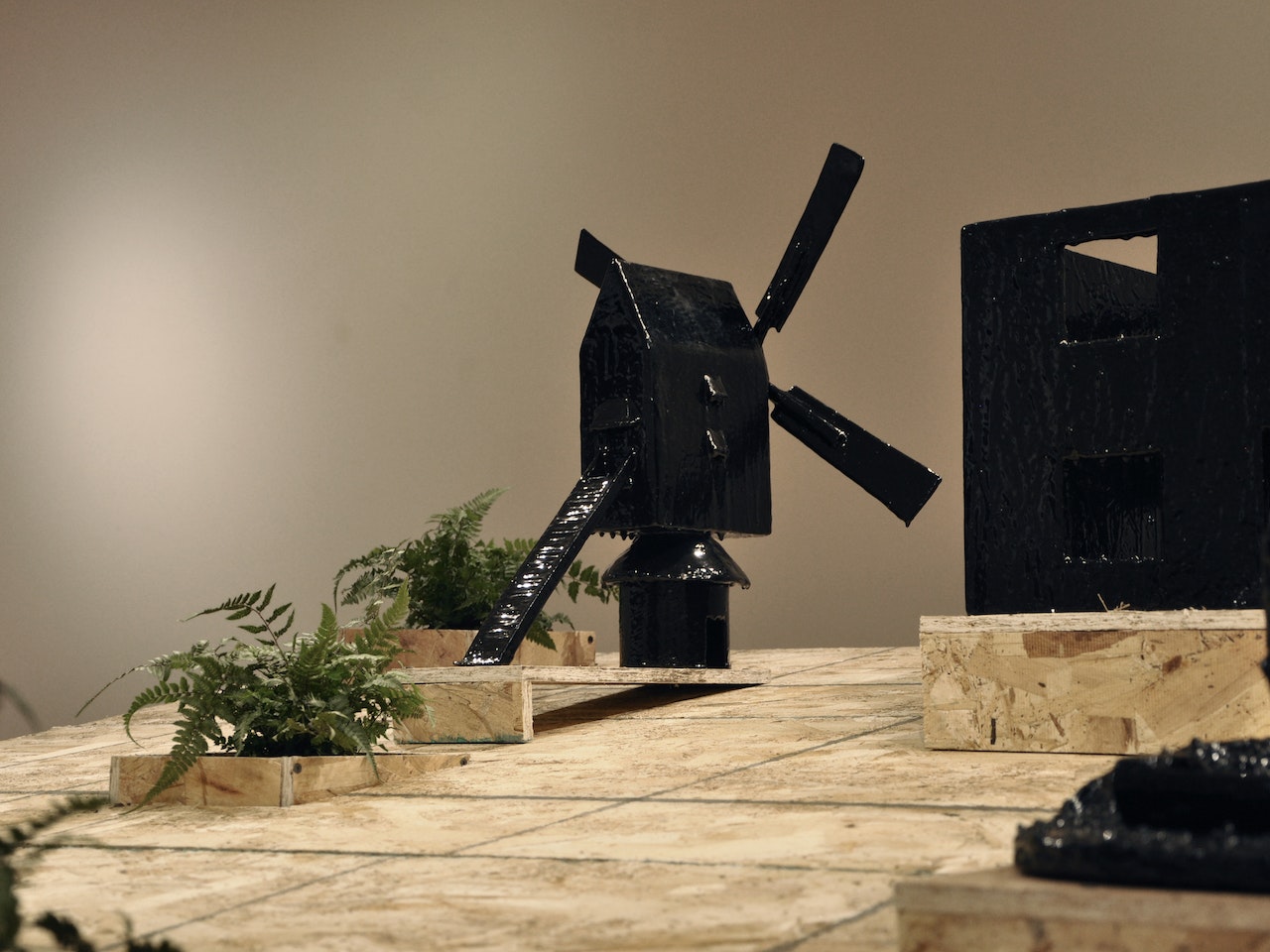 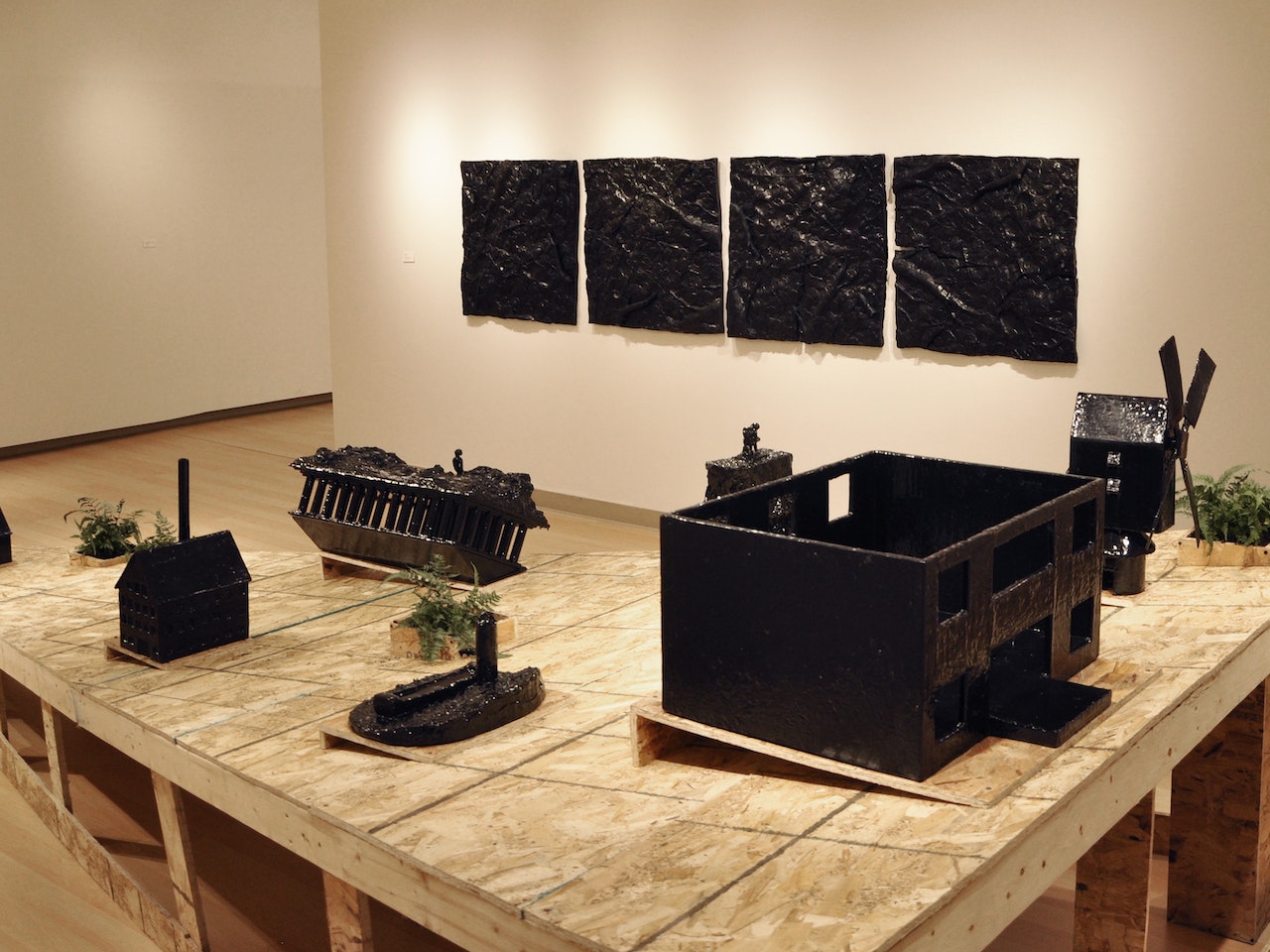 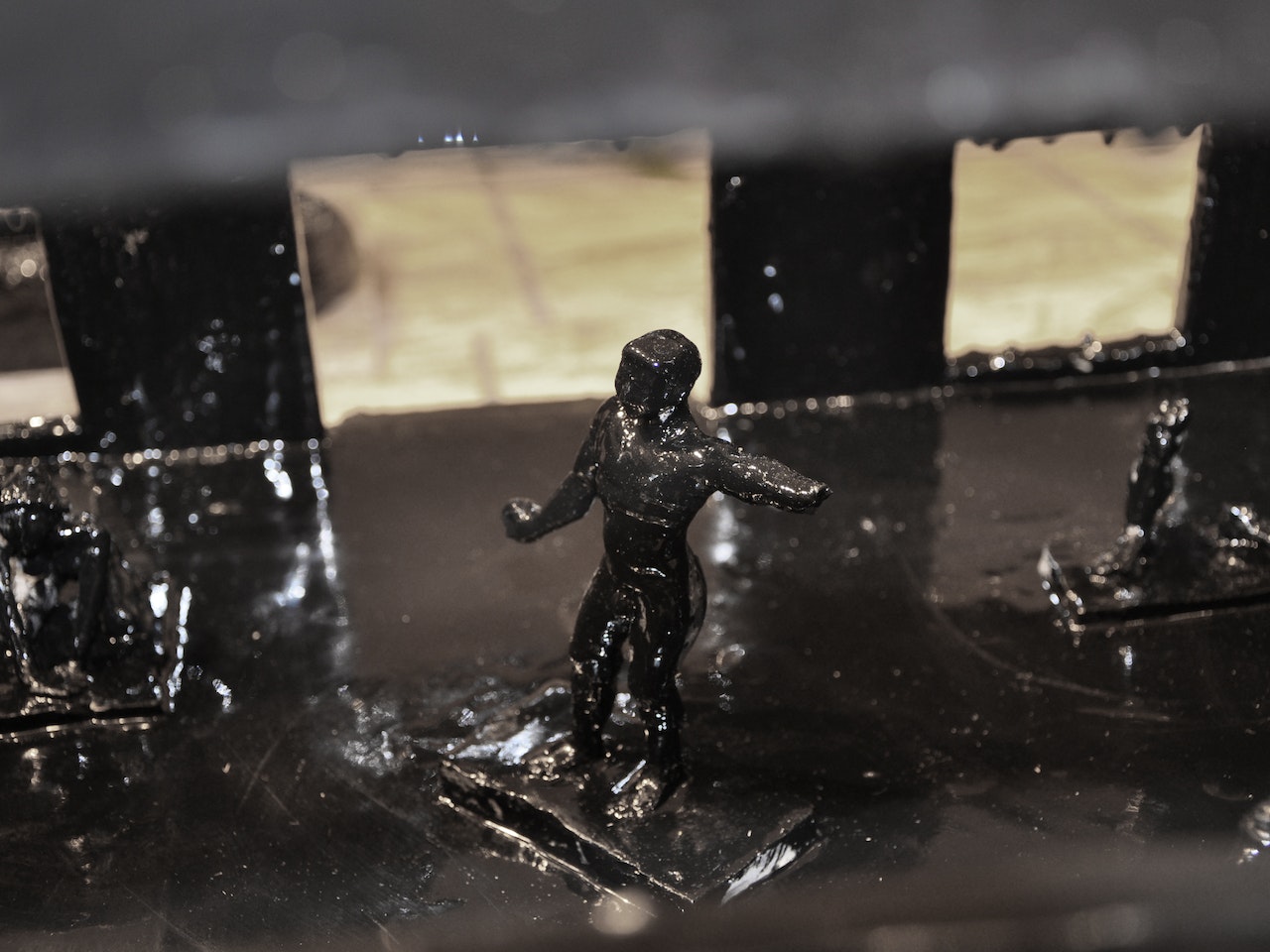 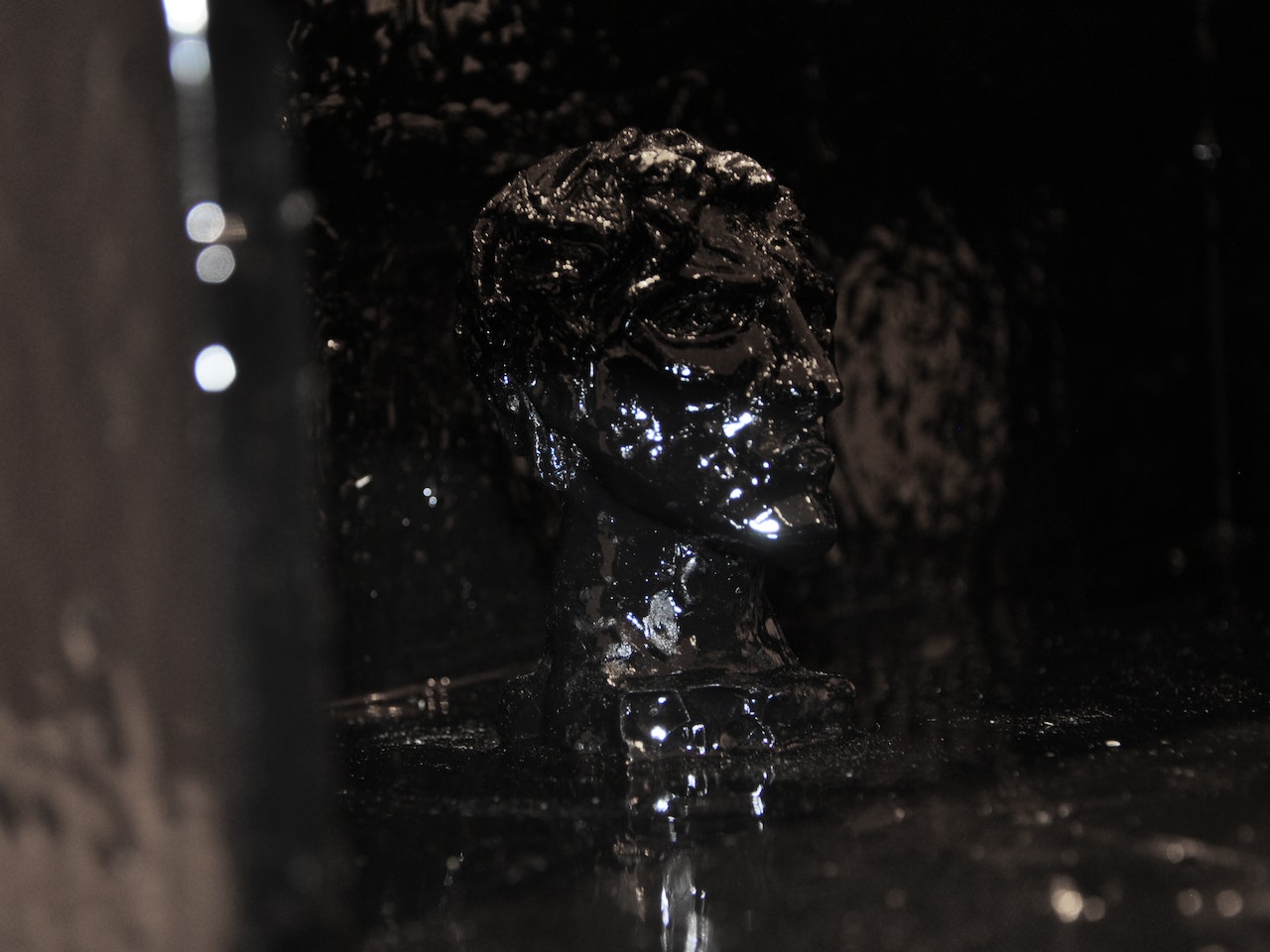 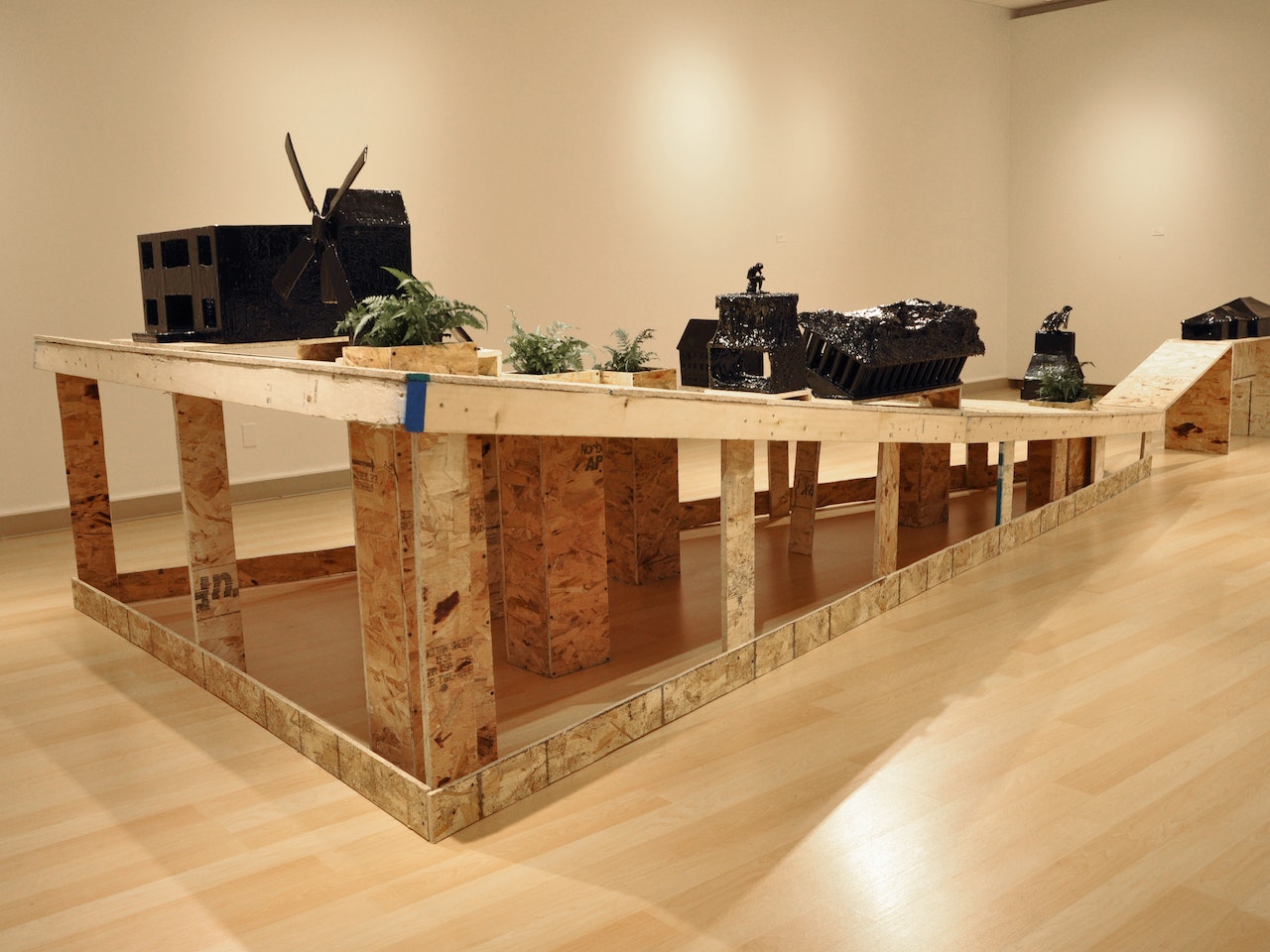 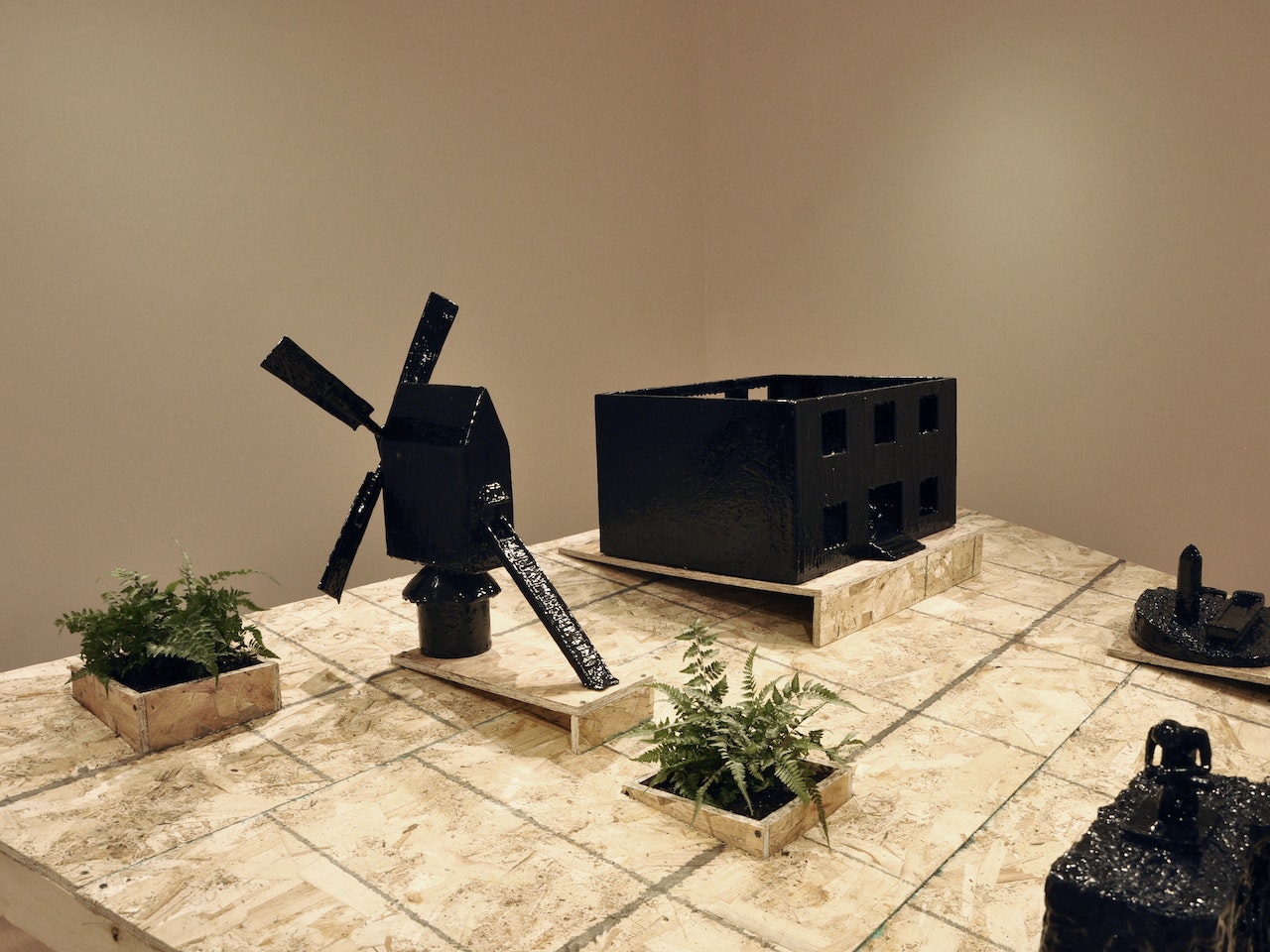 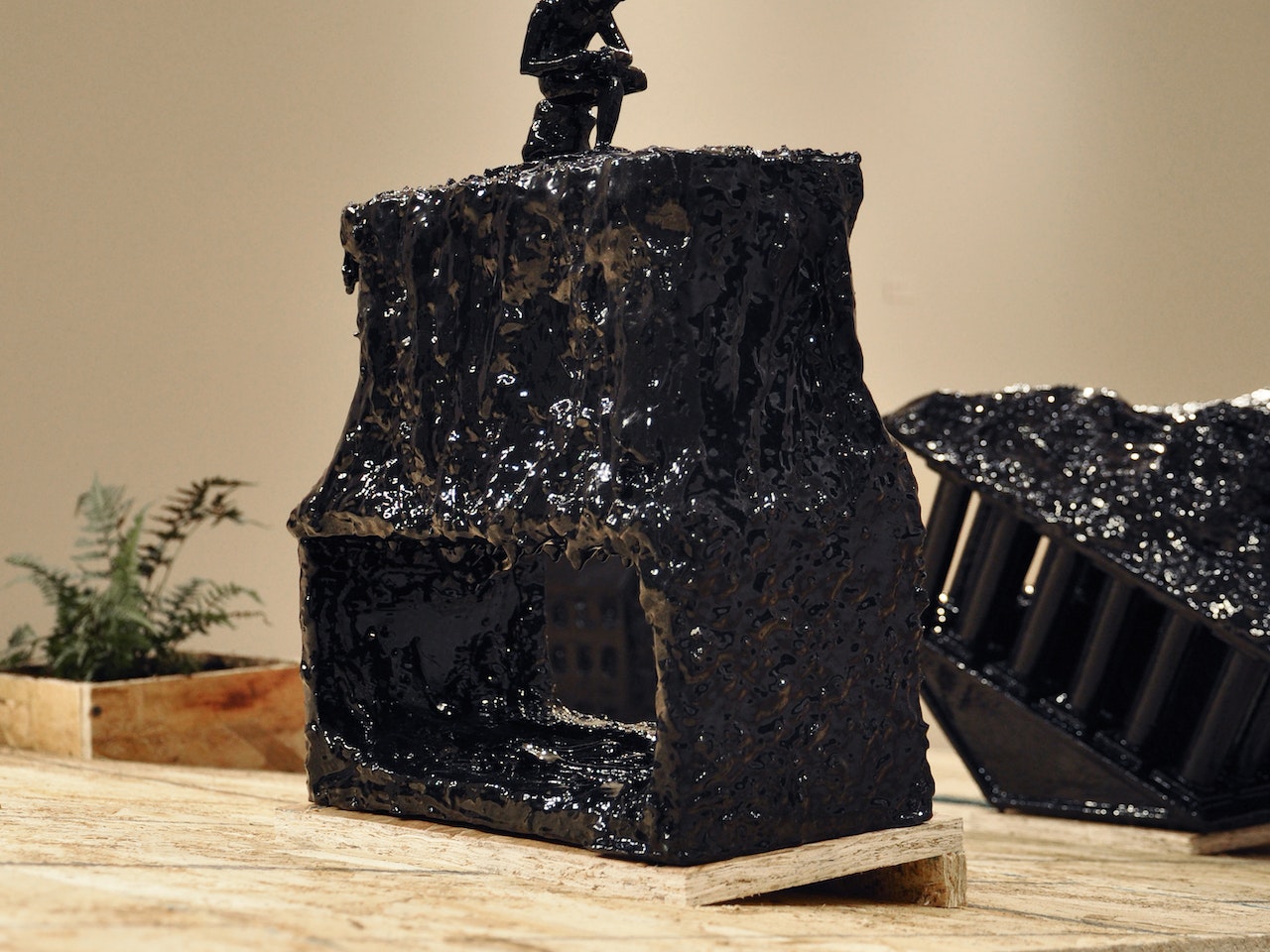 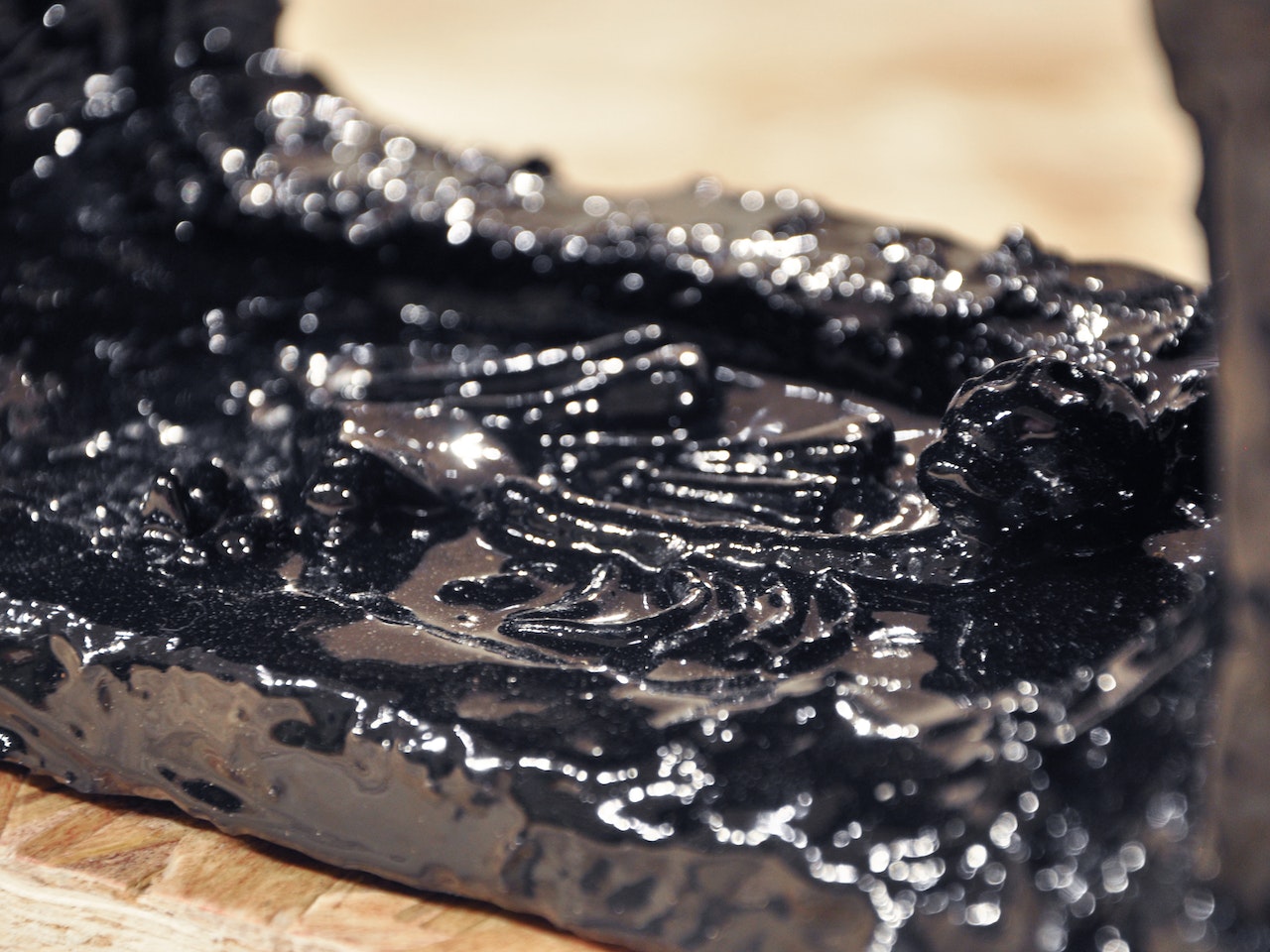 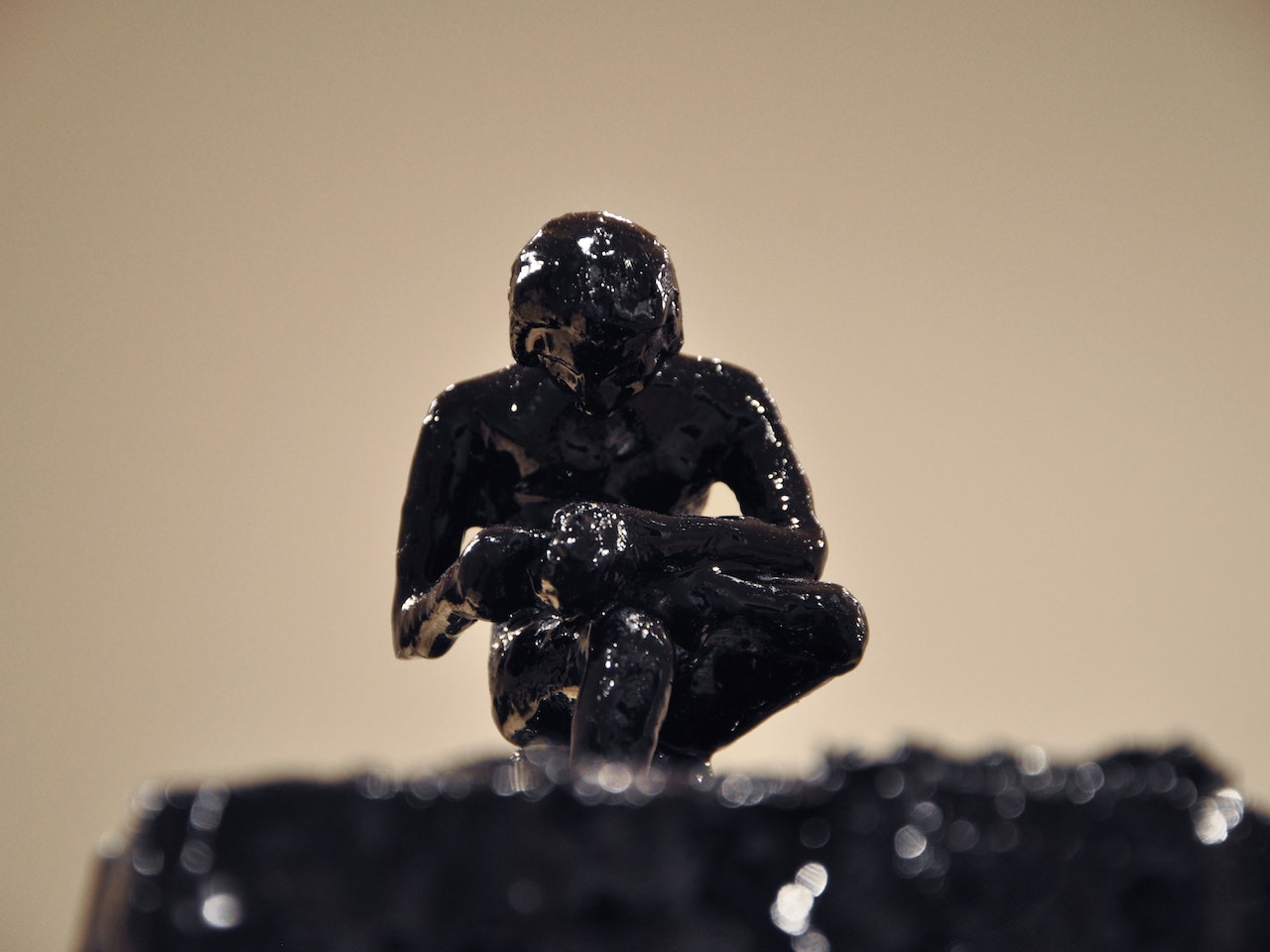 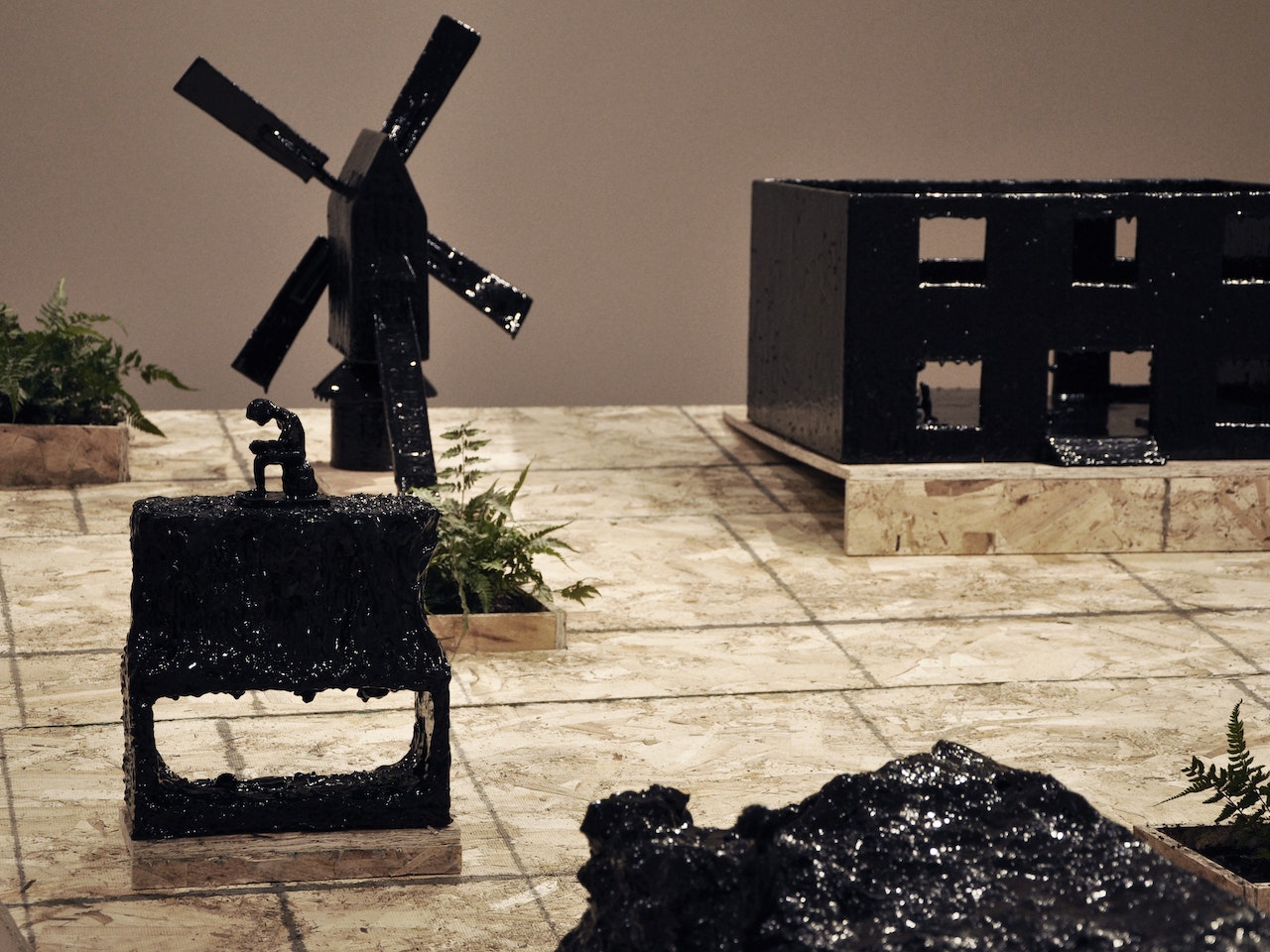 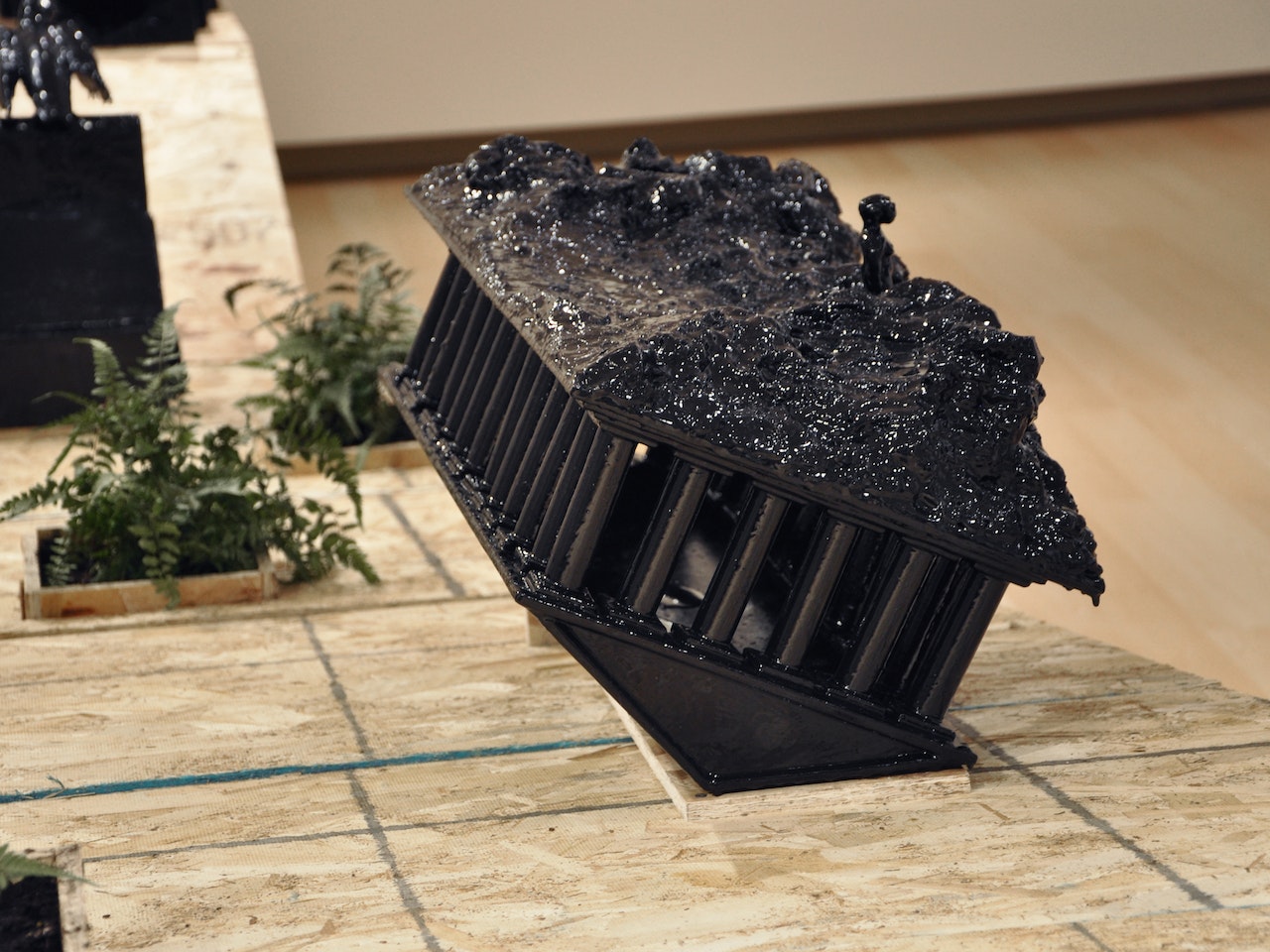 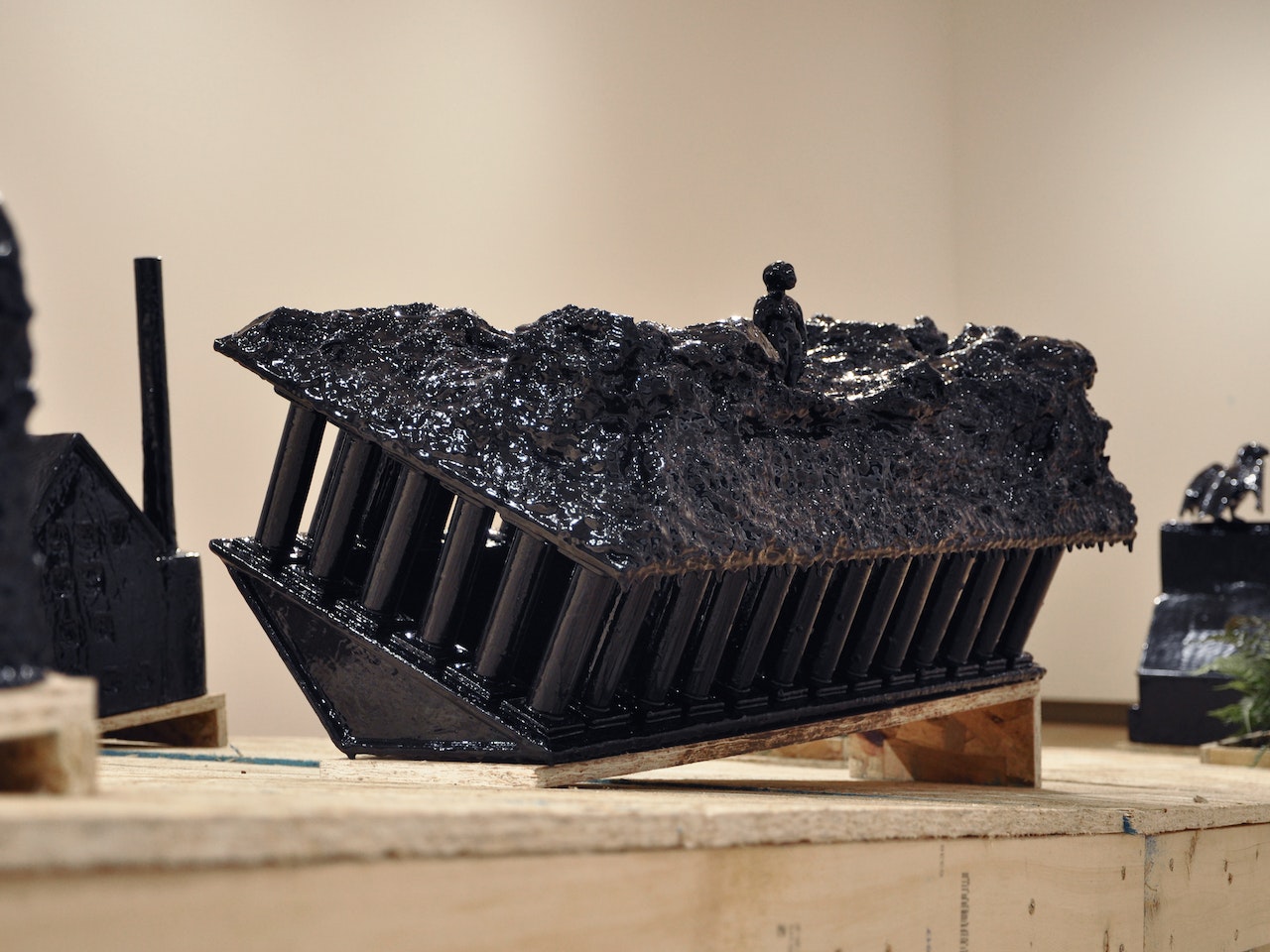 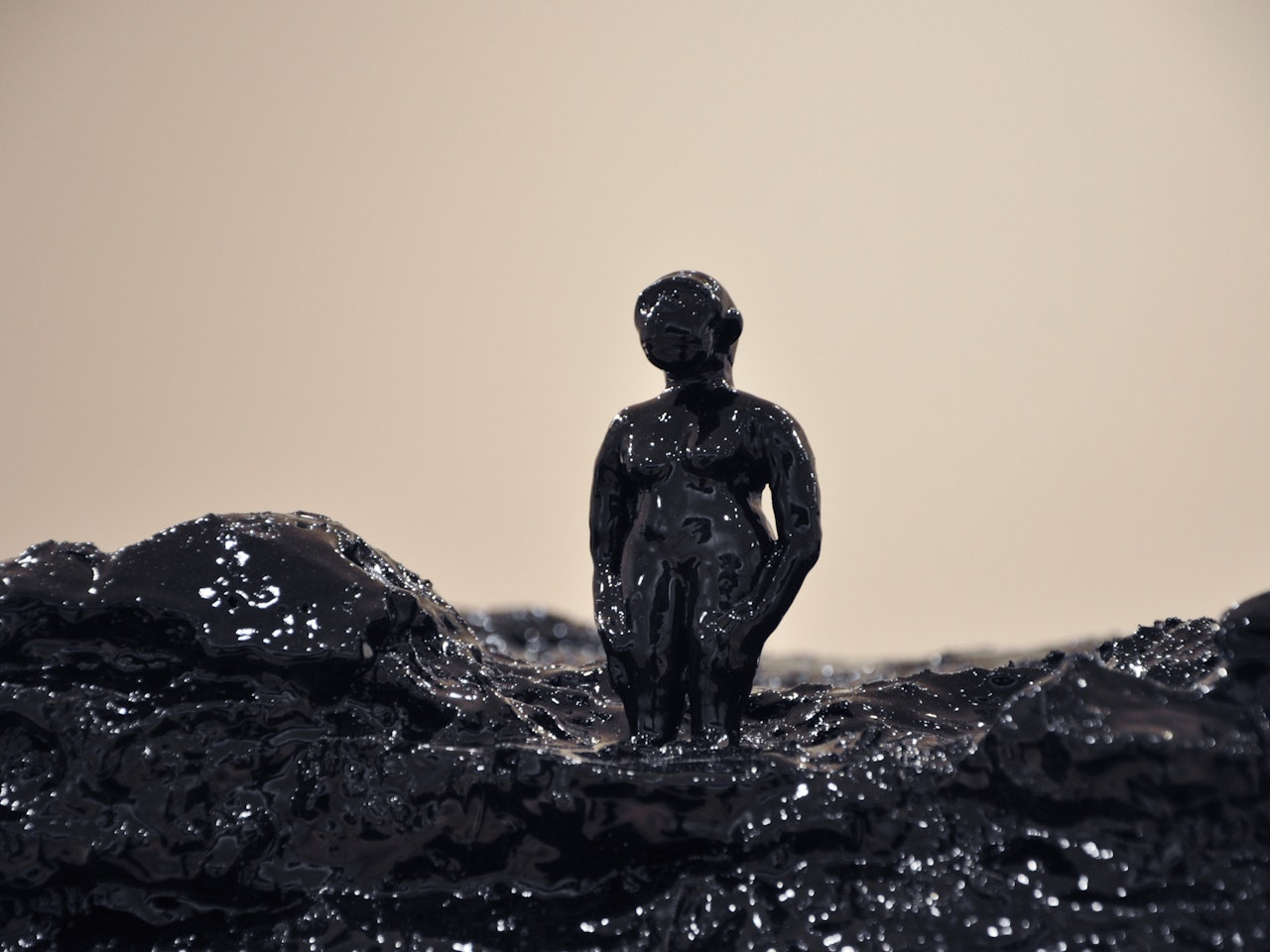 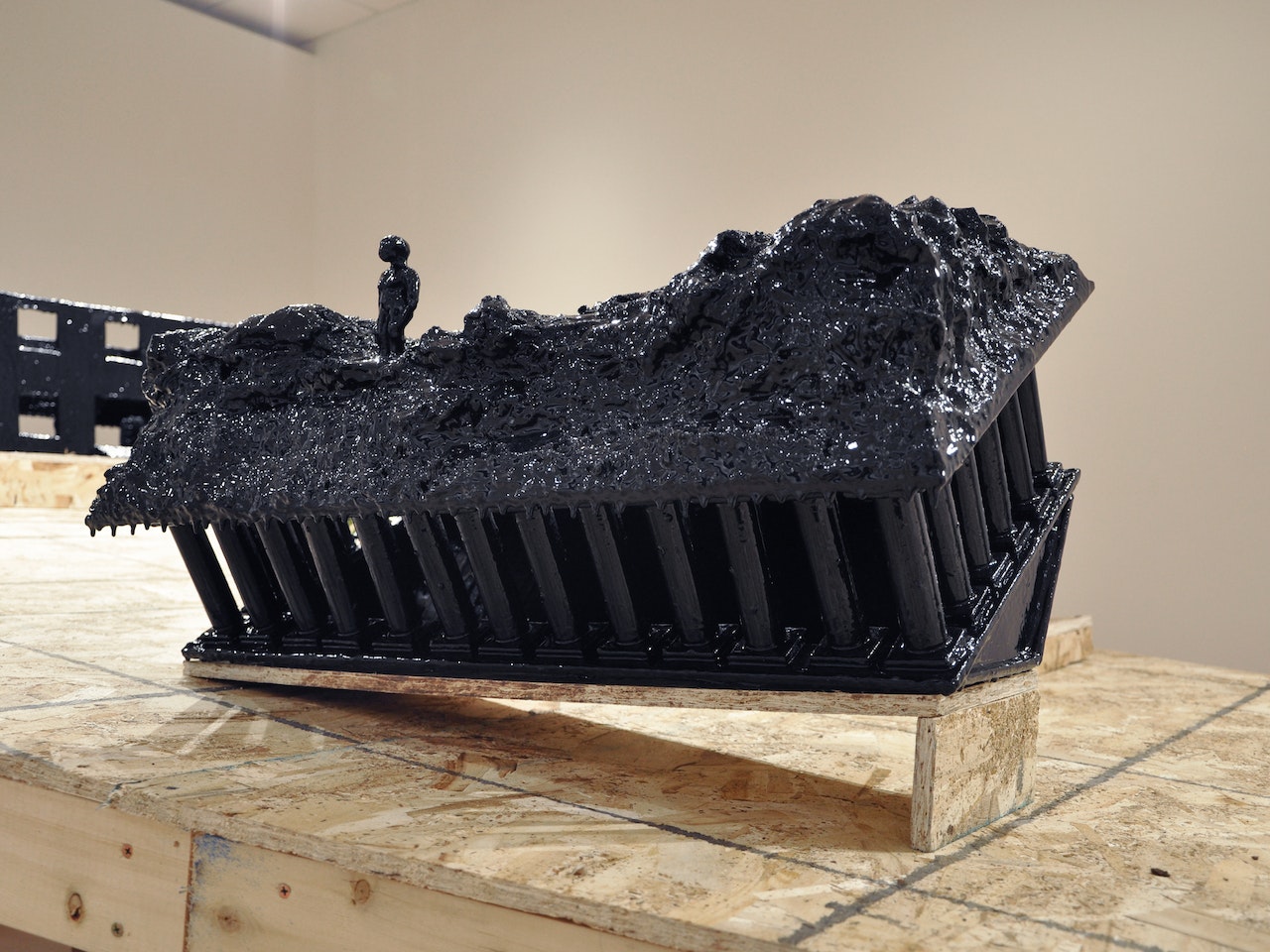 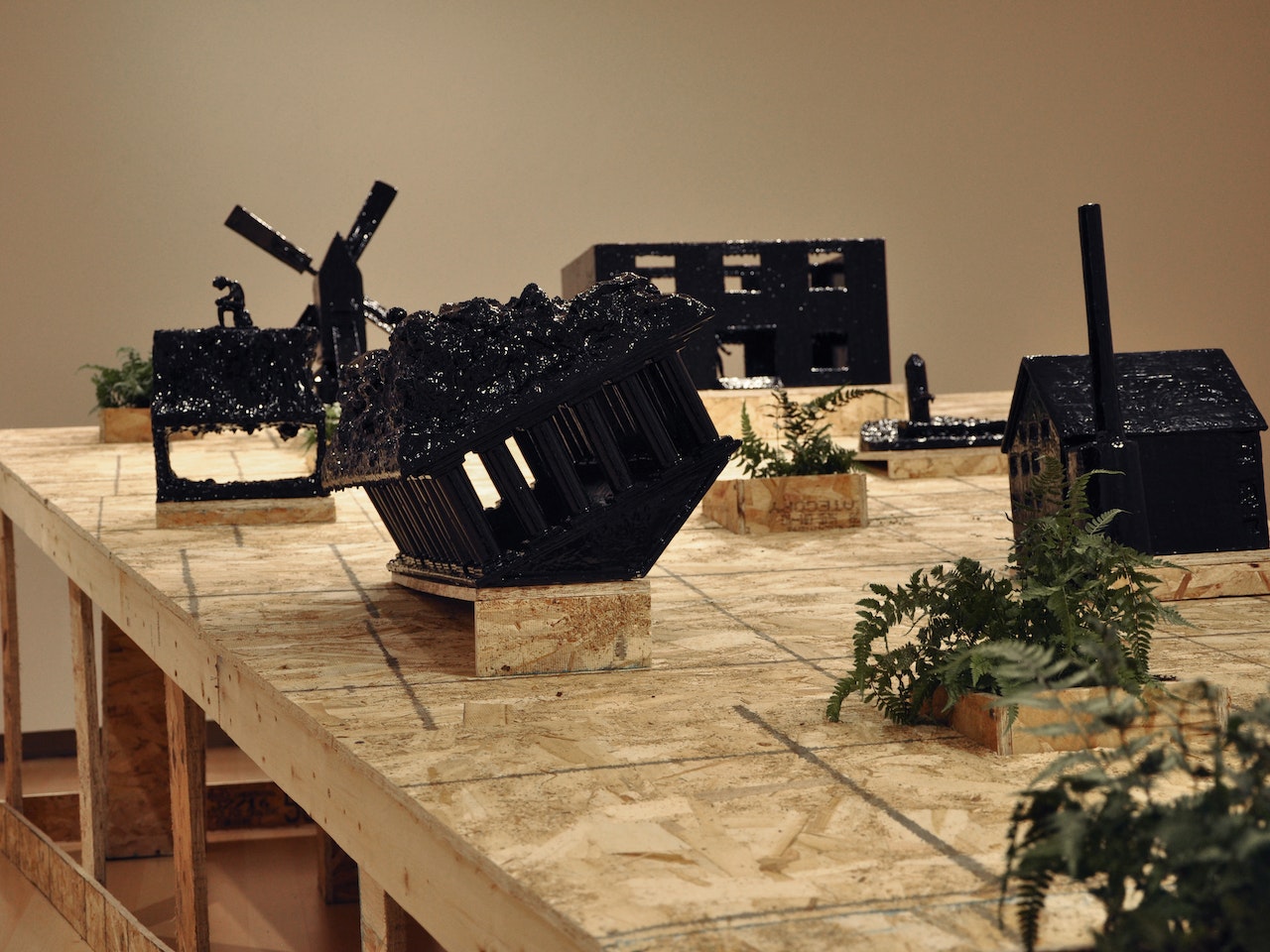 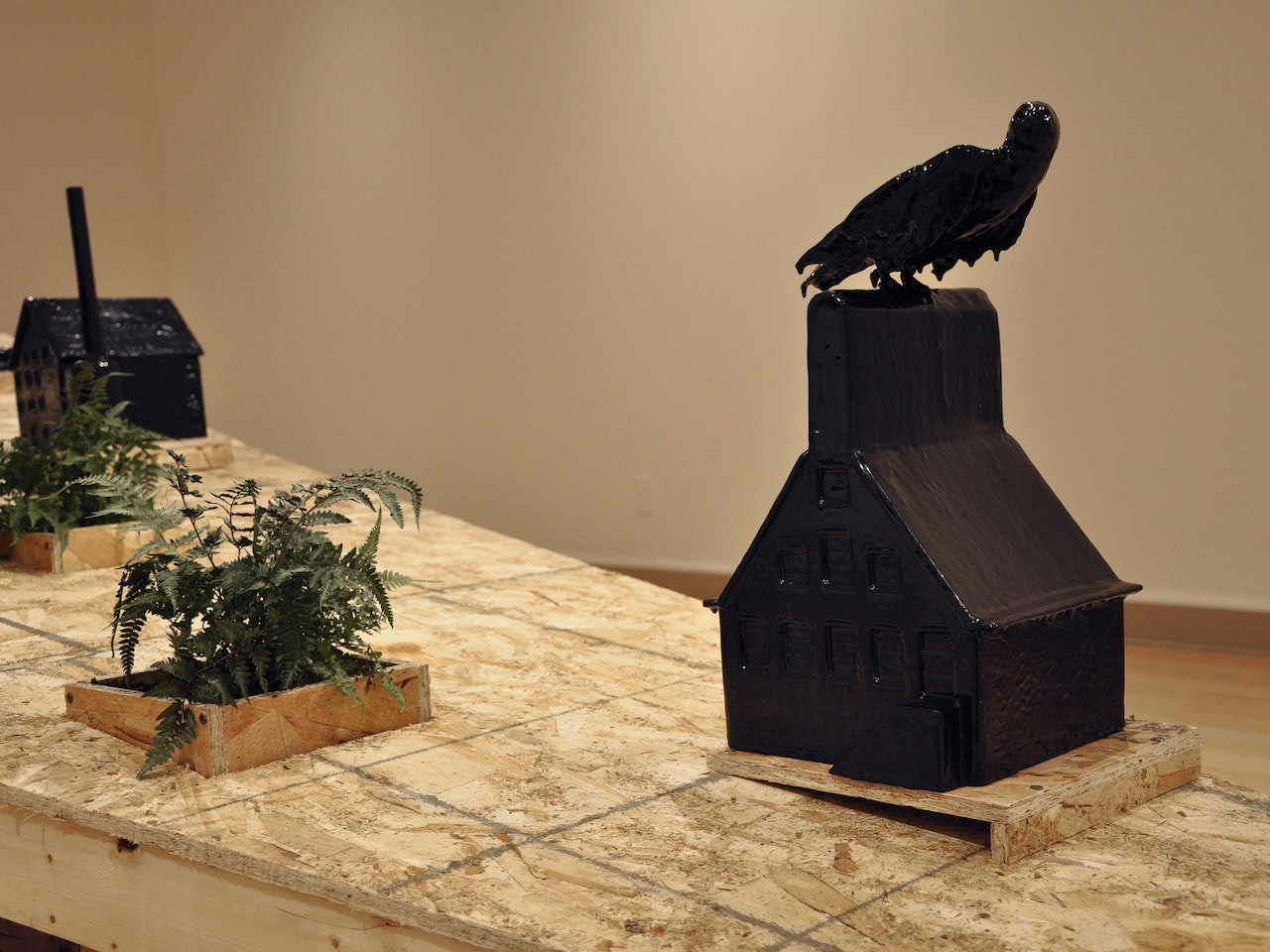 Labyrinth is a large, site-specific stage constructed for a two-person exhibition with Tamara Anne Turner entitled The Bridge at St. Mary's University of Minnesota. Through three installations that conceptually blend into each other, The Bridge brings history, politics and philosophy together in one space through the examination of three figures and their historical context: Menachem Begin, Franklin Delano Roosevelt, and Martin Heidegger. While none of these men met, their lives are connected spatio-temporally by World War Two and conceptually by fascism.

Labyrinth explores the philosophy and latent fascism of Martin Heidegger. Heidegger’s phenomenology presented a radical new way of seeing and understanding the world holistically and from the inside. He was close friends with Hannah Arendt and inspired humanist thinkers, such as Jean-Paul Sartre. And yet, Heidegger was an active member of the Nazi party and life long nationalist. This contrast is emphasized sculpturally through black polyester resin sculptures interspersed with living ferns situated atop a sloping wood stage. The stage becomes a metaphor for the philosophical ground that leads to political ideology. The ferns represent the potential for life and hope that exists within Heidegger's philosophy, while the resin sculptures present through allegory its existential pitfalls.

Additional works present in this exhibition can be seen at Four Fold and The Bridge.