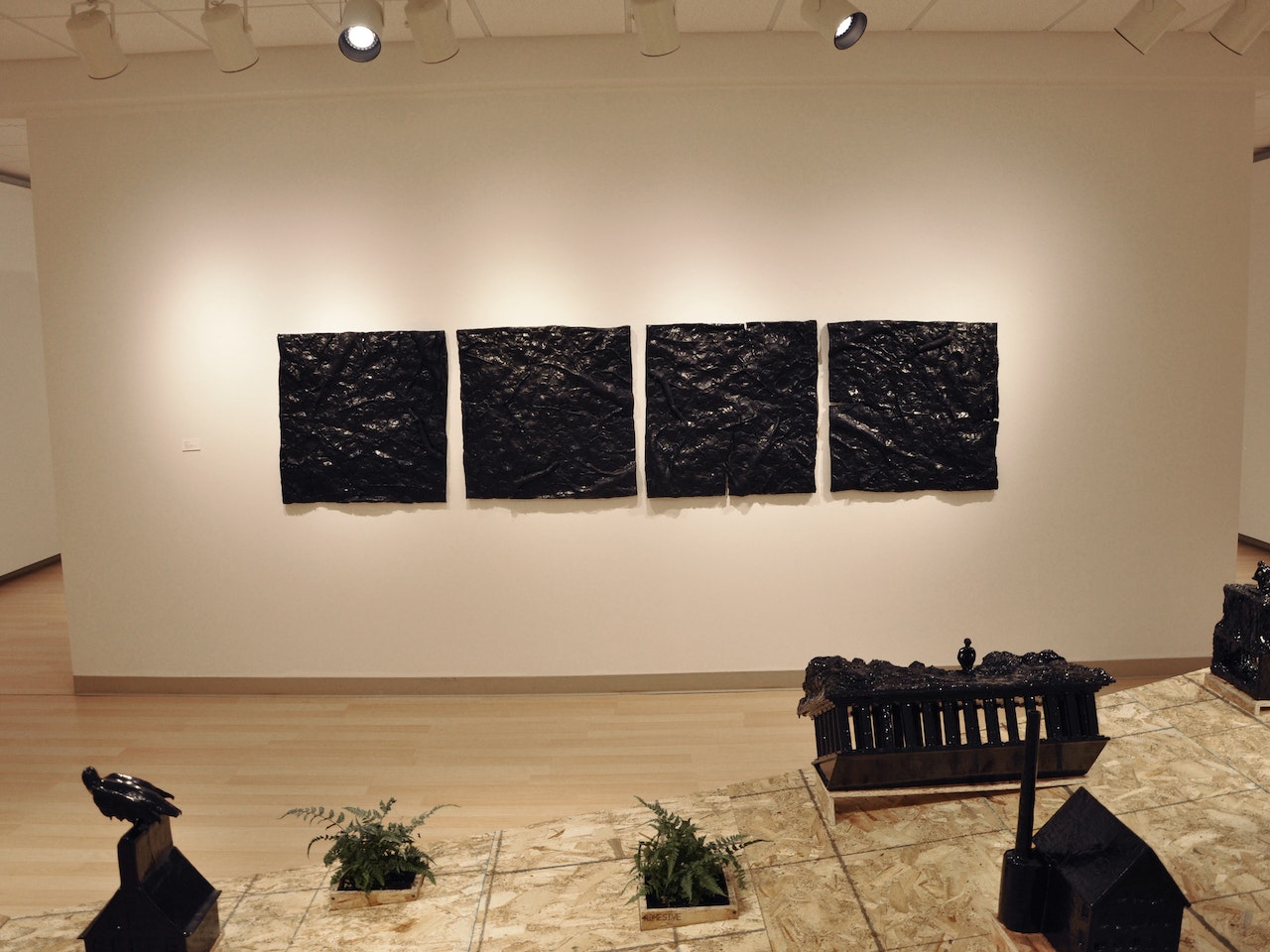 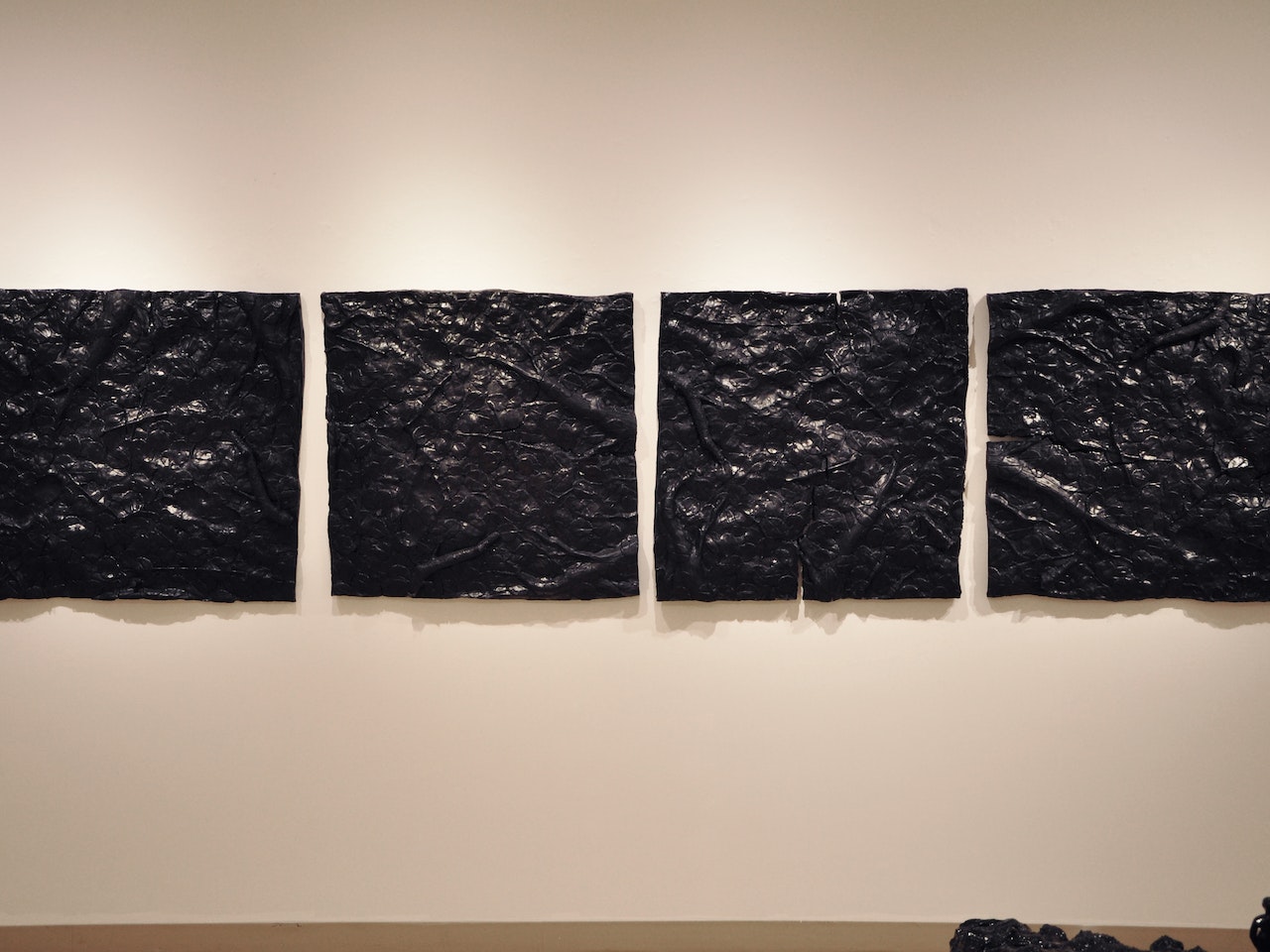 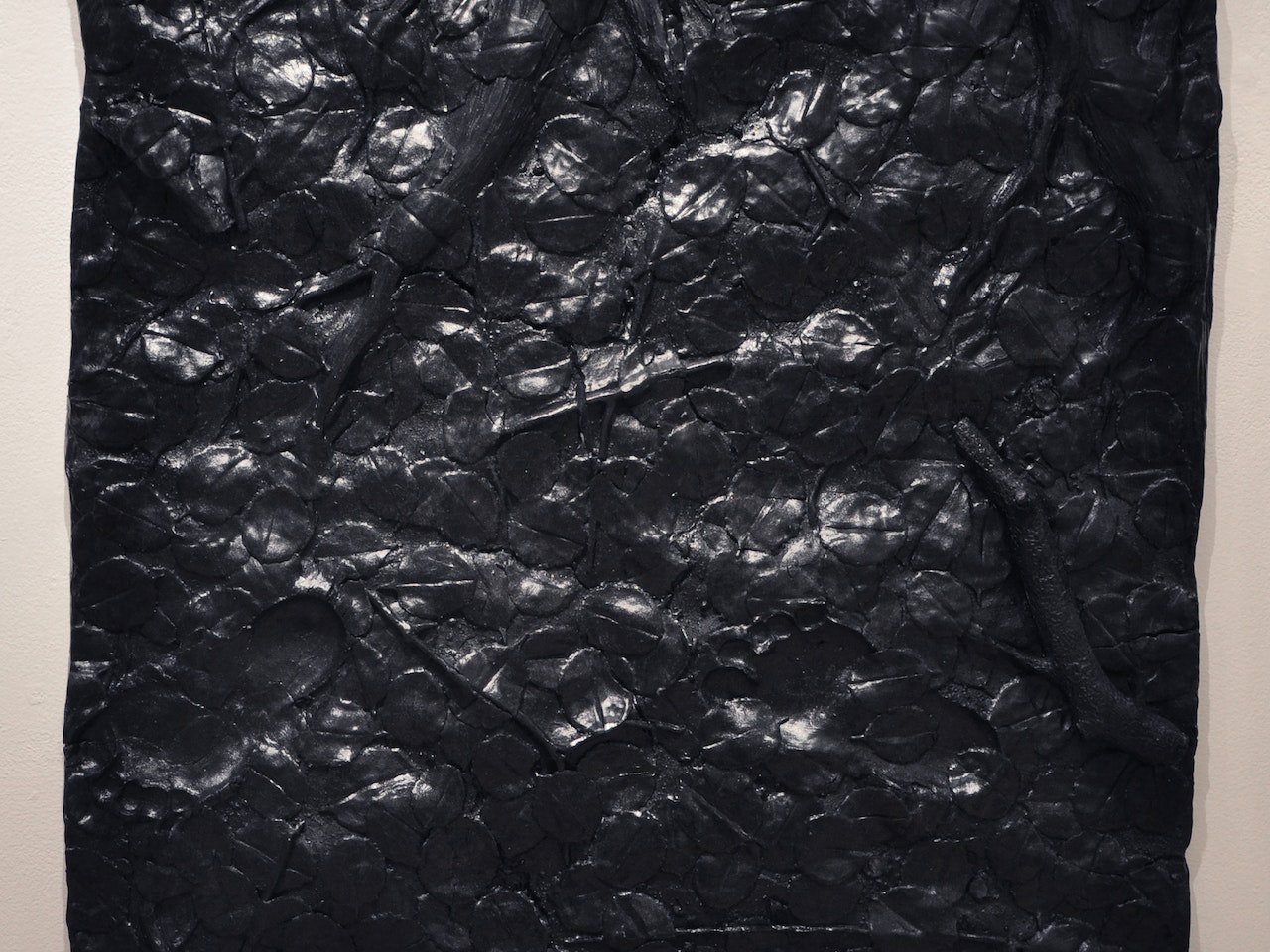 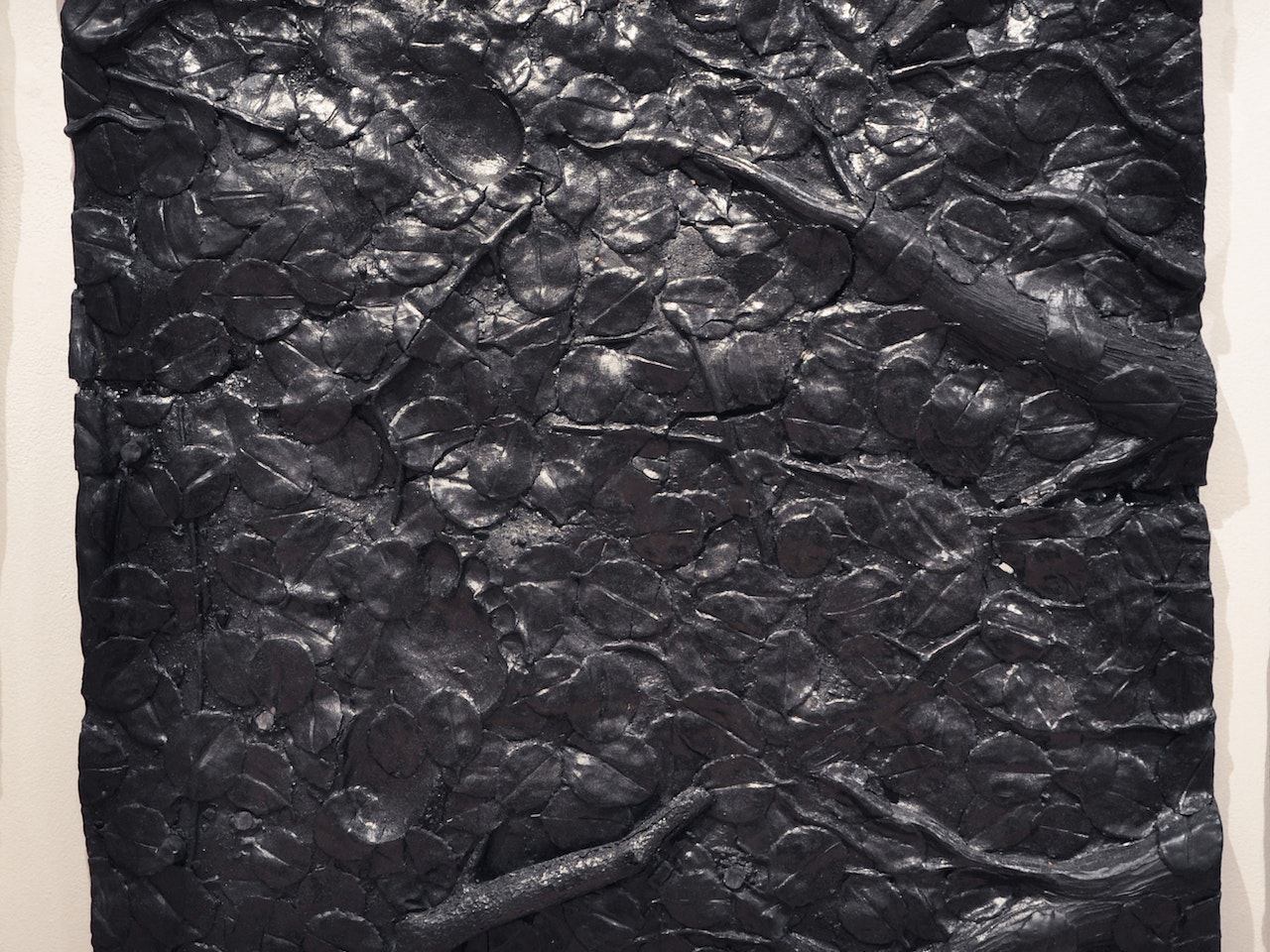 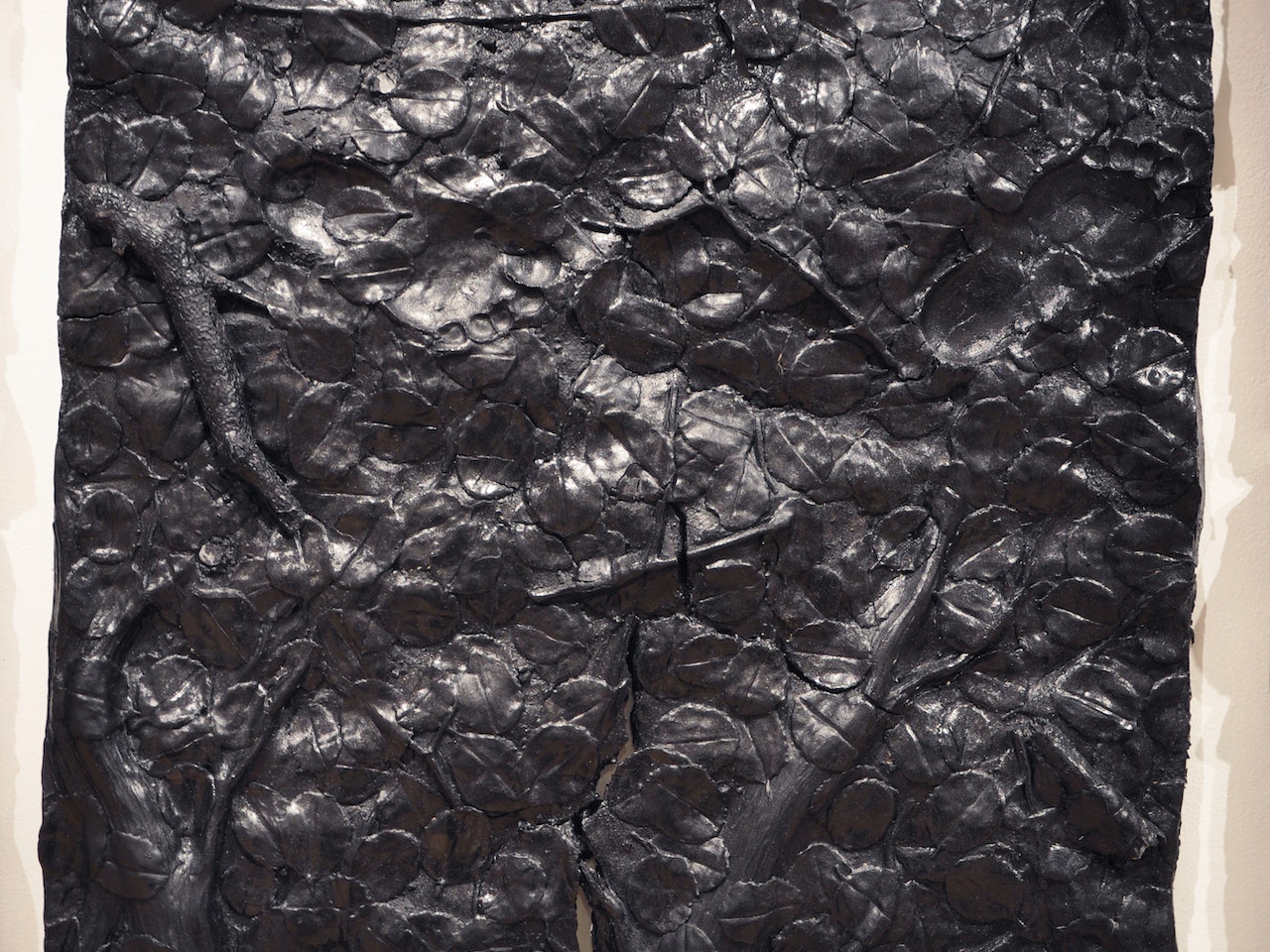 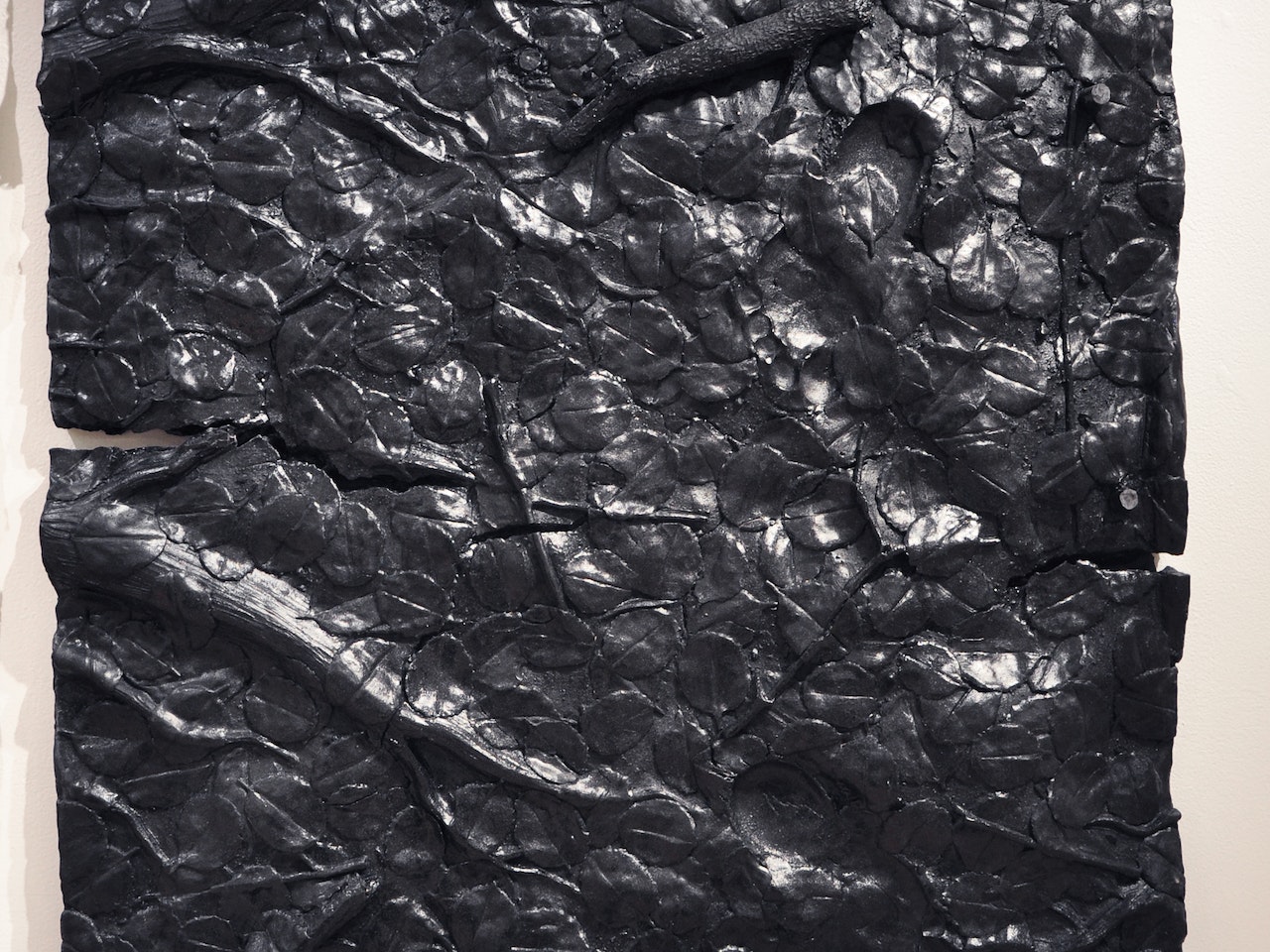 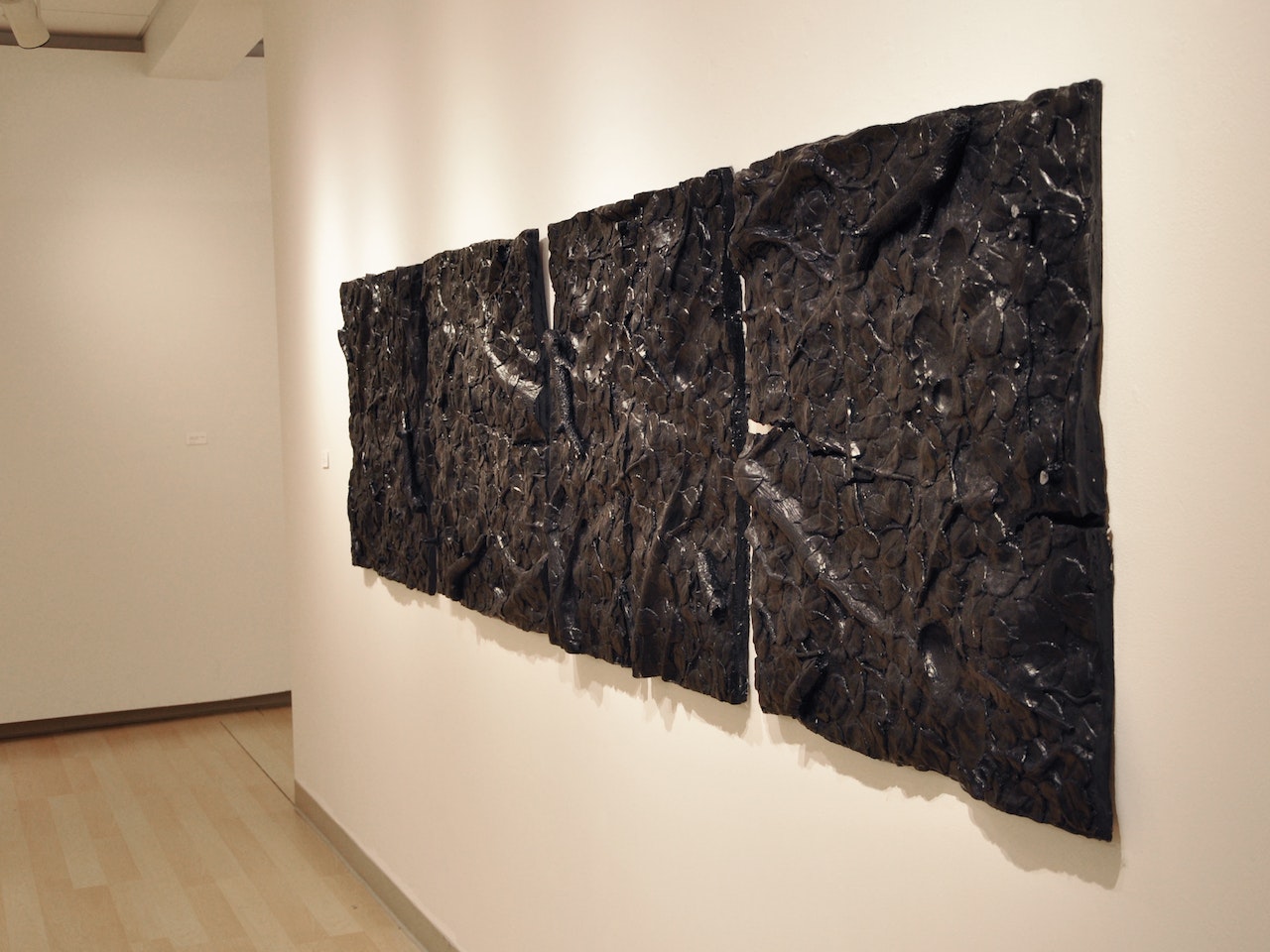 In Four Fold, four reliefs of a forest floor, cast from the same mold but subtly varied, reflect Heidegger’s notion of worldhood and the four divisions of reality: divinities, mortals, earth, and sky. For Heidegger, the worldhood of the world is the network of interactions between things in the world; it is an image of the world as a tangled web of interactions, interrelations, and dependencies. The reliefs depict a bird's-eye view on a forest floor, its roots, fallen leaves and sticks, and even human footprints in the mud. The black resin provides a sinister aesthetic undertone to the more hopeful aspect of worldhood.

This work was created for a two-person exhibition at St. Mary's University of Minnesota with Tamara Anne Turner entitled The Bridge. The Bridge brings history, politics and philosophy together in one space through the conceptual and aesthetic examination of three figures and their historical context: Menachem Begin, Franklin Delano Roosevelt, and Martin Heidegger. While none of these men met, their lives are connected spatio-temporally by World War Two and conceptually by fascism.